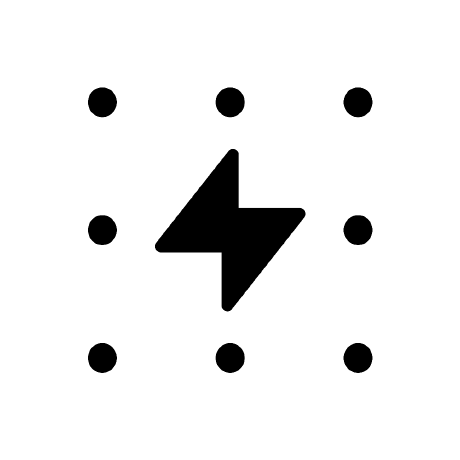 A real-time visualisation of the Greenhouse Gas (in terms of CO2 equivalent) footprint of electricity consumption built with d3.js and mapbox GL, maintained by Tomorrow. Try it out at http://www.electricitymap.org, or download the app:

You can contribute by

You can also see a list of missing data displayed as warnings in the developer console, or question marks in the country panel:

Check the contributing section for more details. Join us on Slack if you wish to discuss development or need help to get started.

How do you define real-time data? Real-time data is defined as a data source with an hourly (or better) frequency, delayed by less than 2hrs. It should provide a breakdown by generation type. Often fossil fuel generation (coal/gas/oil) is combined under a single heading like 'thermal' or 'conventional', this is not a problem.

Why do you calculate the carbon intensity of consumption? In short, citizens should not be responsible for the emissions associated with all the products they export, but only for what they consume. Consumption-based accounting (CBA) is a very important aspect of climate policy, and allows to assign responsibility to consumers instead of producers. Furthermore, this method is robust to governments relocating dirty production to neighbouring countries in order to green their image while still importing from it. We published our methodology here.

Why don't you show emissions per capita? A country that has few inhabitants but a lot of factories will appear high on CO2/capita. This means you can "trick" the numbers by moving your factory abroad and import the produced good instead of the electricity itself. That country now has a low CO2/capita number because we only count CO2 for electricity (not for imported/exported goods). The CO2/capita metric, by involving the size of the population, and by not integrating all CO2 emission sources, is thus an incomplete metric. CO2 intensity on the other hand only describes where is the best place to put that factory (and when it is best to use electricity), enabling proper decisions.

CO2 emission factors look high — what do they cover exactly? The carbon intensity of each type of power plant takes into account emissions arising from the whole life cycle of the plant (construction, fuel production, operational emissions, and decommissioning).

Is delayed data useful? While the map relies on having real-time data to work it's still useful to collect data from days/months past. This older data can be used to show past emissions and build up a better dataset. So if there's an hourly data source that lags several days behind you can still build a parser for it.

Can areas other than countries be shown? Yes providing there is a valid GeoJSON geometry (or another format that can be converted) for the area. As an example we already split several countries into states and grid regions.

How can I get access to historical data or the live API? All this and more can be found here.

The carbon intensity of each country is measured from the perspective of a consumer. It represents the greenhouse gas footprint of 1 kWh consumed inside a given country. The footprint is measured in gCO2eq (grams CO2 equivalent), meaning each greenhouse gas is converted to its CO2 equivalent in terms of global warming potential over 100 year (for instance, 1 gram of methane emitted has the same global warming impact during 100 years as ~34 grams of CO2 over the same period).

The carbon intensity of each type of power plant takes into account emissions arising from the whole life cycle of the plant (construction, fuel production, operational emissions, and decommissioning). Carbon-intensity factors used in the map are detailed in co2eq_parameters.json. These numbers come mostly from the following scientific peer reviewed literature: IPCC (2014) Fifth Assessment Report is used as reference in most instances (see a summary in the wikipedia entry)

Each country has a CO2 mass flow that depends on neighbouring countries. In order to determine the carbon footprint of each country, the set of coupled CO2 mass flow balance equations of each countries must be solved simultaneously. This is done by solving the linear system of equations defining the network of greenhouse gas exchanges. Take a look at this notebook for a deeper explanation. We also published our methodology here.

Production capacities are centralized in the zones.json file. Values in the capacity maps are in MW.

Cross-border transmission capacities between the zones are centralized in the exchanges.json file. Values in the capacity maps are in MW.

We use the US National Weather Service's Global Forecast System (GFS)'s GFS 0.25 Degree Hourly data. Forecasts are made every 6 hours, with a 1 hour time step. The values extracted are wind speed and direction at 10m altitude, and ground solar irradiance (DSWRF - Downward Short-Wave Radiation Flux), which takes into account cloud coverage. In order to obtain an estimate of those values at current time, an interpolation is made between two forecasts (the one at the beginning of the hour, and the one at the end of the hour).

Want to help? First of all, we'd like to invite you to join us on slack at http://slack.tmrow.co. On Slack you can see what we are working on and get in touch with other contributors. Also, if you get stuck, you can write a message in our channel #electricitymap.

There are different ways how you can help improve electricityMap, have a look at the overview above.

Steps to making a code contribution

Set up and start your local environment

The frontend will need compiling. In order to do this, open a terminal in the root directory and run

One you are done, you can start the application by running

This will watch over source file changes, run nonstop and watch changes you make in the code to recompile the frontend if needed. Note this only builds for the English language (which will be faster as not all languages need to be built). If you want to build all languages, change the command of the web-watch-en section of docker-compose.yml from command: npm run watch-en to command: npm run watch.

Head over to http://localhost:8000/ and you should see the map! Note that the backend is responsible for the calculation of carbon emissions. The map data displayed comes from a mock server providing dummy data from state file.

If you have issues building the map locally check out the Troubleshooting section below for common problems and fixes.

If you want to add new or change existing parsers you can use our public logger to see if your parser(s) can fetch data successfully. The logs show warnings and errors for all parsers.

If you want to update or add production capacities for a region then head over to the zones file and make any changes needed to the capacity map. Values are in MW. The zones use ISO 3166-1 codes as identifiers, a list of which can be found here.

As a first step, do a search for the region on our GitHub, as contributors may have explored things before. It is very simple to add a new country. The electricityMap backend runs a list of so-called parsers every 5min. Those parsers are responsible for fetching the generation mix of a given country (check out the existing list in the parsers directory, or look at the work in progress).

I have not found a new data source You can help us by opening a new issue for the relevant region and add the relevant individual or organization to contact (ideally with their contact details on email, Twitter and phone). Doing so will ensure that we and other visitors interested can contact them to make them aware of the electricityMap. Usually, energy agencies, governments, transmission system operators are good potential sources. If you can't code, this is an amazing way to help us!

I have found a data source and I could help build a parser A parser is a python3 script that is expected to define the method fetch_production which returns the production mix at current time, in the format:

The session object is a python request session that you can re-use to make HTTP requests.

target_datetime is used to fetch historical data (when available). logger is a logging.Logger whose output is publicly available so that everyone can monitor correct functioning of the parsers.

The production values should never be negative. Use None, or omit the key if a specific production mode is not known. Storage values can be both positive (when storing energy) or negative (when the storage is emptied).

The parser can also return an array of objects if multiple time values can be fetched. The backend will automatically update past values properly.

Once you're done, add your parser to the zones.json and exchanges.json configuration files. Finally update the real-time sources.

Run all of the parser tests with the following command from the root directory:

For more info, check out the example parser or browse existing parsers.

If your changes involve altering the way countries are displayed on the map a new world.json will need to be generated. Make sure you're in the root directory then run the following command:

For a more detailed explanation of how the map is generated see here.

In order to test your parser, make sure first that you have installed the required modules as described, and are using python 3.6 (consider also using a virtual environment) in parsers/requirements.txt: for that you can run

From the root folder, use the test_parser.py command line utility:

In such cases, please browse the website related to the provider and ask for an API key. As soon as you got hold of the API key, make it an environment variable. This fixes the error.

To add a new country to the map, run:

from the root directory, replacing <zone_name> by the zone identifier of the parser you want to test. This will fetch production and exchanges and assign it a random carbon intensity value. It should appear on the map as you refresh your local browser.