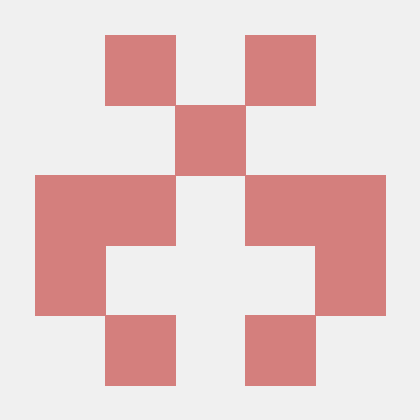 A Hyper plugin that makes it easy to attach fragment shaders to the terminal window.

In your .hyper.js config file, add hyper-postprocessing to the list of plugins. Then to specify options for this plugin, add a key hyperPostprocessing inside the config entry:

The entry file will be imported at Hyper startup, and must export a function that returns an object. Every time a new tab or pane is opened, the function will be called and the object will be parsed and passed to postprocessing, which handles all effect rendering. Reading the postprocessing wiki is highly recommended to understand how the EffectComposer works.

The returned object can have the following options:

Do not include the initial RenderPass that EffectComposer requires. This is done automatically.

Make sure that each pass instance is created every time the exported function is called, so that each tab/pane's effects are self-contained. Otherwise a single pass could be used in multiple contexts, and its properties could become overwritten and inaccurate.

If your effects reposition any content inside the terminal, then mouse events will not be in sync with terminal visuals. You can optionally provide a coordinateTransform function to change the coordinates of mouse events.

coordinateTransform will take in the x and y values of the mouse event, and return a tuple containing the modified values for each. The original mouse event will be prevented and stopped, and a new event will be fired at the new location.

postprocessing already provides a number of effects out of the box (demo). You can use examples/quick-start.js as a starting point to build your own effect, or see one of the example effects for a more custom approach.

EffectPasses also gain additional uniforms, courtesy of postprocessing. These will not be available to passes that are not EffectPasses.

A note about dependencies

This plugin comes bundled with three and postprocessing as dependencies in order to work upon installation, however those should be viewed more as peer dependencies -- if your entry file makes use of either of them you should install them yourself.

By default this plugin uses postprocessing v6.10.0 and its compatible version of three (v0.112.1), but can use other versions of those if needed. To do this you can add the versions of three/postprocessing to the returned object from the entry file: