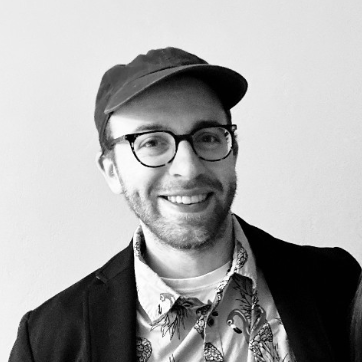 Secure transfer of stuff from one side of the internet to the other.

This is more or less (but mostly less) a Golang port of @warner's magic-wormhole which allows you to directly transfer files and folders between computers. I decided to make this because I wanted to send my friend Jessie a file using magic-wormhole and when I told Jessie how to install the dependencies she made this face: . So, nominally, croc does the same thing (encrypted file transfer directly between computers) without dependencies so you can just double-click on your computer, even if you use Windows.

There are great tools that already do this. But, no we don't, because after review, I found it was useful to make a new one.

Note, by default, you don't need any arguments for receiving! This makes it possible for you to just double click the executable to run (nice for those of us that aren't computer wizards).

Or, you can install Go and build from source with go get github.com/schollz/croc.

How does it work?

croc is similar to magic-wormhole in spirit and design. Like magic-wormhole, croc generates a code phrase for you to share with your friend which allows secure end-to-end transfering of files and folders through a intermediary relay that connects the TCP ports between the two computers.

In croc, code phrase is 16 random bits that are menemonic encoded plus a prepended integer to specify number of threads. This code phrase is hashed using sha256 and sent to a relay which maps that key to that connection. When the relay finds a matching key for both the receiver and the sender (i.e. they both have the same code phrase), then the sender transmits the encrypted metadata to the receiver through the relay. Then the receiver decrypts and reviews the metadata (file name, size), and chooses whether to consent to the transfer.

Encryption uses PBKDF2 (see RFC2898) where the code phrase shared between the sender and receiver is used as the passphrase. For each of the two encrypted data blocks (metadata stored on relay server, and file data transmitted), a random 8-byte salt is used and a IV is generated according to NIST Recommendation for Block ciphers, Section 8.2.

On the receiver's computer, each piece of received encrypted data is written to a separate file. These files are concatenated and then decrypted. The hash of the decrypted file is then checked against the hash transmitted from the sender (part of the meta data block).

Run your own relay

croc relies on a TCP relay to staple the parallel incoming and outgoing connections. The relay temporarily stores connection information and the encrypted meta information. The default uses a public relay at, cowyo.com, which has no guarantees except that I guarantee to turn if off as soon as it gets abused (click here to check the current status of the public relay).

I recommend you run your own relay, it is very easy. On your server, your-server.com, just run

Now, when you use croc to send and receive you should add -server your-server.com to use your relay server.

I am awed by all the great contributions made! If you feel like contributing, in any way, by all means you can send an Issue, a PR, ask a question, or tweet me (@yakczar).