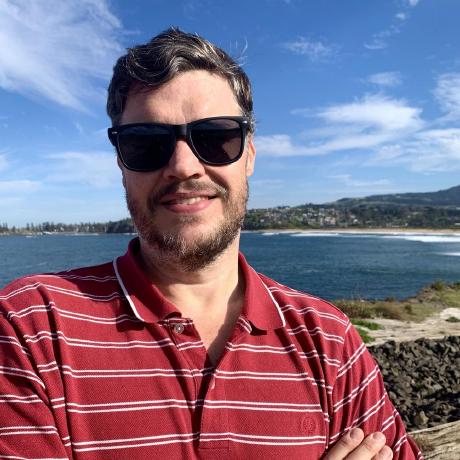 Non-UI browser testing for JavaScript libraries from the command-line

At the words, the door opened and a dapper little old man came in. His name was Geppetto, but to the boys of the neighborhood he was Polendina, on account of the wig he always wore which was just the color of yellow corn.

Geppetto had a very bad temper. Woe to the one who called him Polendina! He became as wild as a beast and no one could soothe him.

Browser testing still sucks, especially if you just want to make sure your JavaScript libraries work in a browser environment and don't need the UI testing overhead. Thankfully there's Puppeteer that can run headless Chrome with a Node.js API.

polendina is a frontend to Puppeteer that simplifies the testing pipeline for JavaScript libraries. A typical use-case is a library that uses a browser-friendly Node.js test runner, such as Mocha but is designed for both Node.js and the browser. polendina can be inserted into npm scripts to run the test suite in a browser environment. npm test can then trigger both Node.js and browser tests without dramatically extending execution time. Even though polendina is intended for "non-UI" testing, your tests run in a standard browser environment so the UI isn't out of bounds if need it.

Run Mocha test suite in Page, a WebWorker and a ServiceWorker, then clean up:

Run a Tape test suite in a WebWorker only and write a webpack-stats.json file:

Run a bare synchronous test file (tests are executed as soon as the file is loaded with no asynchronous activity), then clean up:

Tests should be run with the correct test runner. Tests written against Mocha and Tape require dependencies be loaded in the browser along with some additional utilities to ensure output and test end is properly handled.

The default test runner (no need to supply a --runner). Standard Mocha reporters may be used, with --mocha-reporter. However, the default reporter, spec should be preferred as it is the best behaved when printing output. The tap reporter is usable. Other reporters, that combine process.stdout.write() and console.log() have some trouble with interleaved output.

The bare-sync runner assumes either a custom, synchronous test runner is being used, or the fule itself is raw test commands without any asynchronous activity. The bare-sync runner will simply load your test files and assume that it will execute sequentially and that the tests are complete when the file has ceased loading.

Test failure for a bare-sync runner is signalled by a thrown exception. Most assertion libraries, including the Node.js assert module, throw exceptions on failure so may be used.

Simple progress is printed to stdout showing the names of the test files being executed and whether they succeeded or failed. The first failure will end the entire test suite.

Test functions will be run sequentually, waiting for each asynchronous function to complete.

Test failure for a bare-async runner is signalled by a thrown exception (or Promise rejection). Most assertion libraries, including the Node.js assert module, throw exceptions on failure so may be used.

Simple progress is printed to stdout showing both the names of the test files being executed any any constituent test functions within those files if module.exports is not a function itself. The first failure will end the entire test suite.

polendina's bare-sync and bare-async modes run plain Node.js modules in the browser without the need for a test runner. But if you want to run these types of files in Node.js you may find it difficult to scale when you have many modules.

A bare-sync test file is a simple matter of node file.js and checking the exit code, but as you increase the number of files, your package.json "test" script starts to get out of hand.

A bare-async test file requires a custom runner since it uses exported async functions. A simple require('./file')().catch((err) { console.error(err); process.exit(1) }) would suffice for a single function exported on a single file but this obviously doesn't scale well and your before long your test runner will become a beast of its own.

To deal with this, polendina also ships with a polendina-node command-line test runner to manage these for you:

The bare-sync runner doesn't use anything exported from the files listed, simply require()ing them and checking for thrown errors is assumed enough to run them.

The bare-async runner will look for module.exports as a function or its child properties to be function and will run them as async functions (they don't need to actualy be async or return a function, they could be exported sync functions). See bare-async above for examples.

During install, Puppeteer will download a version of Chromium designed to work with it. This can be quite large (200 - 300 Mb depending on platform). This can be avoided, but you should note the following caveat from the Puppeteer folks:

We see Puppeteer as an indivisible entity with Chromium. Each version of Puppeteer bundles a specific version of Chromium – the only version it is guaranteed to work with.

If you are willing to own this risk, you could install a Canary / Unstable version of Chrome on your system and set the following environment variables in your ~/.profile (or similar):

The first environment variable will tell Puppeteer to not bother downloading its own Chromium, and the second tells it which executable to use instead.

Running polendina with npm's npx tool (i.e. run as npx polendina ...) will avoid bloating your node_modules directories. Instead, npx will install a copy in your npm cache and run it from there. This can be handy if you have multiple projects using polendina.

Licensed under the Apache License, Version 2.0 (the "License"); you may not use this file except in compliance with the License. You may obtain a copy of the License at http://www.apache.org/licenses/LICENSE-2.0