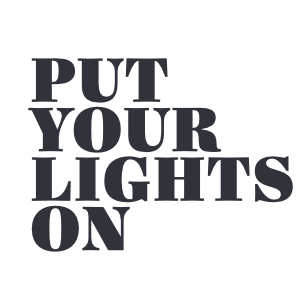 It can highly improve a site's performance by reducing the time to first byte (TTFB). This reduces the load time of the site as well as the load on the server. Google recommends a server response time of 200ms or less.

Although the performance gains depend on the individual site and server setup, the following results are not uncommon (on a 5 Mbps cable connection with 28ms of latency):

Blitz is available in the Craft Plugin Store and can also be installed manually using composer.

Using a server rewrite (see below) will avoid unnecessary PHP processing and will increase performance even more.

Blitz is compatible with live preview. It will detect when it is being used and will not cache its output or display cached file content (provided the server rewrite, if used, checks for GET requests only).

When an element is saved or deleted, any cached template files that used that element are deleted. A job is then automatically queued to refresh the cleared cache files. This applies to all element types, including global sets.

The "Blitz Cache" utility allows users to clear and warm the cache. Warming the cache will first clear the cache and then add a job to the queue to pre-cache files. Cached files and folders can be cleared manually using the utility or by simply deleting them on the server.

The terminal can also be used to warm or clear all cache with the following console commands:

When a URI is cached, the static cached file will be served up on all subsequent requests. Therefore you should ensure that only pages that do not contain any content that needs to dynamically changed per individual request are cached. The easiest way to do this is to add excluded URI patterns for such pages.

Pages that display the following should in general not be cached:

For improved performance, adding a server rewrite will avoid the request from ever being processed by Craft once it has been cached.

In Apache this is achieved with mod_rewrite by adding the following to the root .htaccess file. Change cache/blitz to whatever the cache folder path is set to in the plugin settings.

In Nginx this is achieved by adding a location handler to the configuration file. Change cache/blitz to whatever the cache folder path is set to in the plugin settings.

URI patterns use PCRE regular expressions. Below are some common use cases. You can reference the full syntax here.

Cached HTML files are timestamped with a comment at the end of the file.

If the HTML file was served by the plugin rather than with a server rewrite then an additional comment is added.