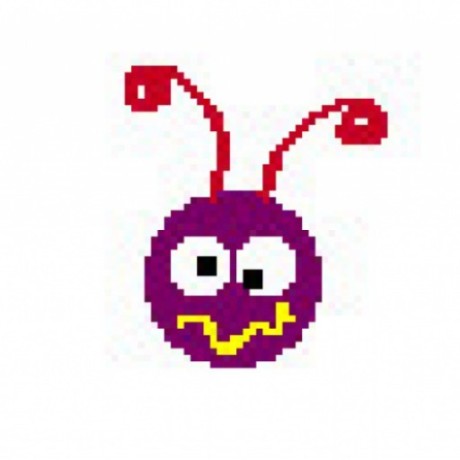 This wraps up a published pretrained model for Sqlova (https://github.com/naver/sqlova/).

Fetch and start sqlova running as an api server on port 5050:

Be patient, the image is about 4.2GB. Once it is running, it'll take a few seconds to load models and then you can start asking questions about CSV tables. For example:

This is using the sample bridges.csv included in this repo.

(For Postman users, the same request/reply would be sent/received like this) 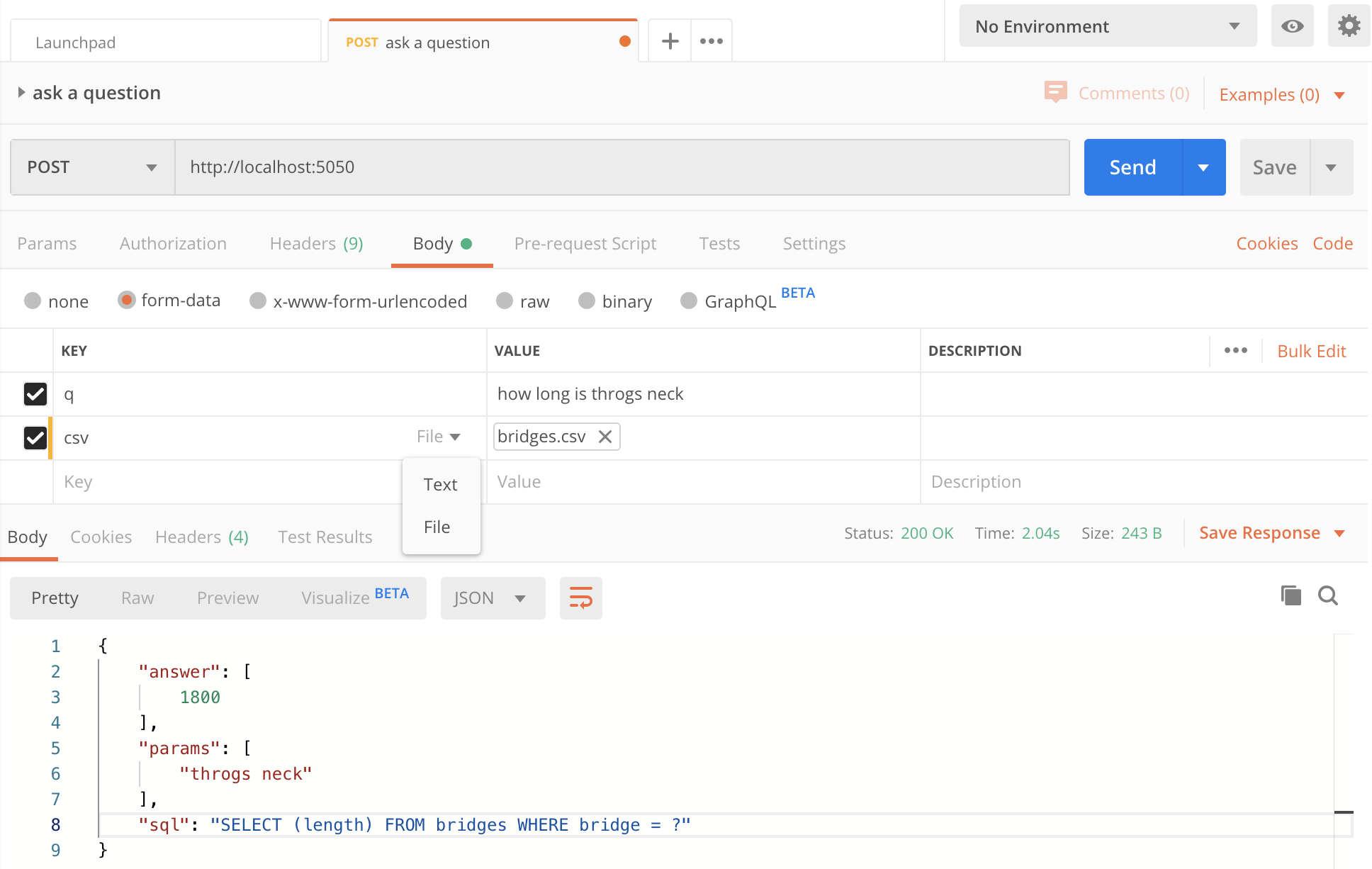 Here are some examples of the answers and sql inferred for plain-text questions about this table:

There are plenty of types of questions this model cannot answer (and that aren't covered in the dataset it is trained on, or in the sql it is permitted to generate).

This wraps up a published pretrained model for IRNet (https://github.com/microsoft/IRNet). The model released so far isn't Bert-flavored, and I haven't completely nailed down all the details of running it, so don't judge the model by playing with it here.

Fetch and start irnet running as an api server on port 5050:

Be super patient! Especially on the first run, when a few large models need to be downloaded and unpacked.

You can then ask questions of individual csv files as before, or several csv files (just repeat -F "csv=@fileN.csv") or a simple sqlite db with tables related by foreign keys. In this last case, the model can answer using joins.

(Note there's no value prediction, so e.g. the where clauses are = 1 rather than something more useful).

I hope to track research in the area and substitute in models as they become available: