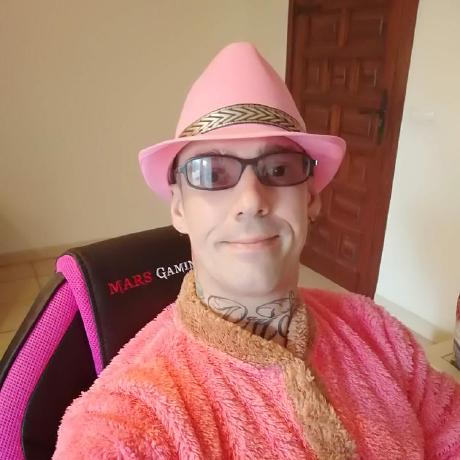 Conventional PHP profilers use various Zend API's to overload the engine in order to build and usually dump (or serve) a profile for one single process. This gives us a problem when we want to look at a whole application in profile - we can't enable the profiler for every process in a pool in a production (or even staging) environment. Conventional profilers undertake their work in the same thread as is supposed to be executing your script, severely interfering with the performance characteristics of the code they are meant to be providing a profile for.

Here is a quick run down of how to use Stat

Stat must be loaded as a Zend Extension:

The following configuration directives are available:

To retrieve samples from Stat:

Stat can stream over a unix or TCP socket, the following are valid examples:

Upon connection, stat will stream the ring buffer with each sample on a new line, encoded as json with the following schema:

The nature of a ring buffer means that the samples may not be in the correct temporal sequence (as contained in elapsed), the receiving software must be prepared to deal with that.

The stream of samples that Stat provides is uninterruptable; Stat is controlled by a separate unix or TCP socket.

This control protocol is a work in progress, and this section is intended for the authors of integrating software.

A control has the following structure:

The following controls are defined:

Note: the specifier 'q' should be used for pack (signed long long in machine byte order)

Changing the auto option will effect the subsequent creation of samplers without effecting any currently active samplers.

Changing the samplers option will effect the subsequent creation of samplers without effecting currently active samplers.

Changing the interval option will effect subsequent ticks of the clock in every active sampler, and subsequently created samplers.

Changing the arginfo option will effect all subsequently collected samples.

Stat is a first class citizen in PHP, so there are a few API functions to control and interface with Stat:

All memory is shared among forks and threads, and stat uses atomics, for maximum glory.

Should mapping fail, because there isn't enough memory for example, Stat will not stop the process from starting up but will only output a warning. Should mapping succeed, the configured socket will be opened. Should opening the socket fail, Stat will be shutdown immediately but allow the process to continue.

On request startup (RINIT) stat creates a sampler for the current request.

Rather than using Zend hooks and interfering with the VM or runtime (function tables etc), Stats sampler is based on parallel uio. When the sampler is created on RINIT, it creates a timer thread which keeps time without repeated syscalls and periodically invokes the sampling routine at the configured interval.

Because sampling occurs in parallel, it's possible to run PHP code at full speed while profiling: In (bench) testing, the overhead of stat running micro bench is statistically insignificant (1-2%, the same margin as without stat loaded) even with an interval of 10us (100k samples per second).

Using uio in parallel, rather than trying to load from the memory of the target process directly protects stat from segfaults - the module globals which the executor uses at runtime are not manipulated atomically by zend, so that if the sampling thread tries to read a location in memory from the PHP process that changes while the read occurs, a segfault would result even if the sampler performs the read atomically - UIO will simply fail under conditions that would cause faults.

This does mean that it's possible (in theory) for sampling to fail. However, in practice, this is not really an issue: When there is a frame pointer in executor globals, it will be copied at once to the stack of the sampler, so that even if the frame pointer changes in the target process while the sampler is working, it doesn't matter because the sampler is still working on the frame it sampled. Another posibility is that the frame is freed between the read of the frame pointer and the frame, in which case failing is the only sensible thing to do as there would be no useful symbol information available to include in a sample.

Fetching argument information for a frame is disabled by default because this is in theory less reliable. The stack space is allocated with the frame by zend, so when the sampler copies the frame to its stack from the heap of the target process, it doesn't have the arguments (they come after the frame). In the time between the sampler copying the frame (without arguments) to its stack, and the sampler copying the arguments from the end of the frame on the heap of the target process, the arguments and their values may have changed. In practice, this is behaviour we are used too - when Zend gathers a backtrace, the values shown are the values at the time of the trace, not at the time of the call.

On request shutdown (RSHUTDOWN) the sampler for the current request is deactivated, this doesn't effect any of the samples it collected.

On shutdown (MSHUTDOWN) the socket is shutdown, any clients connected will recieve the rest of the buffer (beware this may cause a delay in shutting down the process) before the buffer and strings are unmapped.

Stat is forward compatible with the JIT, and allows the JIT to run at as near as makes no difference full speed. However, the JIT is not obliged to maintain the instruction pointer, and I'm not sure what that would look like anyway. Hopefully, before the JIT becomes a production feature, there will be a way to detect easily if a function (or maybe an instruction) is in the JIT'd area so that we can treat those samples slightly differently.