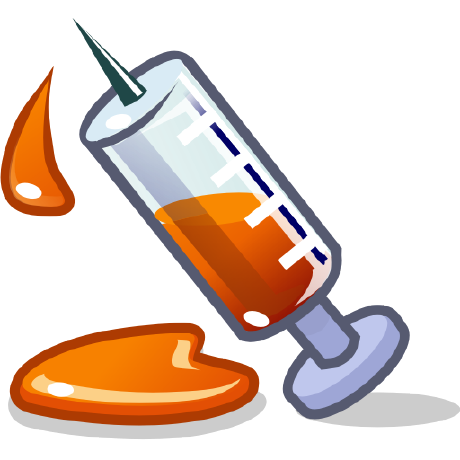 Code injection allows you to update the implementation of methods of a class incrementally in the iOS simulator without having to rebuild or restart your application saving the developer a significant amount of time. This start-over implementation of Injection for Xcode has been built into a standalone app: InjectionIII.app which runs in the status bar and is available from the Mac App Store.

InjectionIII.app expects to find your current Xcode at path /Applications/Xcode.app , works for Swift and Objective-C and can be used with AppCode but you need to have built your project using Xcode first to provide the logs used to determine how to compile the project.

To use injection, download and run the app, then, all you need to add one of the following to your application delegate's applicationDidFinishLaunching:

Adding one of these lines loads a bundle included in the InjectionIII.app's resources which connects over a localhost socket to the macOS app. Once injection is connected, you'll be prompted to select the project directory for the app you wish to inject. This starts a file watcher in the Mac app and whenever you save a Swift (or Objective-C) source in the project, the target app is messaged through the socket to compile, link, dynamically load and update the implementation of classes in the file being injected. The file watcher can be disabled & enabled while the app is running using the status bar menu and if the file watcher is disabled you can still force injections through manually using a hotkey ctrl-= (remember to save the file first!) If you inject a subclass of XCTest it will try running that individual test inside your application provided it does not require test specific support code. When you run your application without rebuilding (^⌘R), recent injections will be re-applied.

If you get an error from the compiler saying your source file is not found this is typically due to upper/lower case differences as with the injection build filenames are case sensitive. The easiest way to resolve this is to remove and re-add the file concerned to your project and rebuild.

To detect when a class has been injected in your code (to reload a view controller for example) add an @objc func injected() class or instance method. The instance @objc func injected() method relies on a "sweep" of all objects in your application to find those of the class you have just injected which can be unreliable when using unowned instance variables in particular. If you encounter problems, subscribe to the "INJECTION_BUNDLE_NOTIFICATION" instead.

If your project is organised across multiple directories, after you have selected the main project, you can add directories to be watched for file changes using the "Add Directory" menu item. This list resets when you select a new project.

Included in this release is "Xprobe" which allows you to browse the objects in your application through a web-like interface and execute code against them.

If you want to build this project from source you'll need to use:

To work, method dispatch must be through the class' "vtable" and not be "direct" i.e. statically linked. This means injection will not work for final methods or methods in final classes or structs. Injecting a file containing protocol definitions will likely not work.

The App Tracing functionality uses the trampoline implementation from this project

If you are using Code Coverage, you will need to disable it or you may receive a:

Be mindful of global state -- If the file you're injecting has non instance-level variables e.g. singletons, static or global vars they will be reset when you inject the code as the new method implementations will refer to the newly loaded version of the class.

As injection needs to know how to compile swift files individually it is incompatible with building using Whole Module Optimisation. One workaround for this is to build with WMO switched off so there are logs of individual compiles available then switching WMO back on if it suits your workflow better.

Sometimes when you are iterating over a UI it is useful to be able to inject storyboards. This works slightly differently from code injection. To inject changes to a storyboard scene, make you changes than build the project instead of saving the storyboard. The "nib" of the currently displayed view controlled should be reloaded and viewDidLoad etc. will be called.

Single file SwiftUI interfaces can be injected to give you an interactive preview experience even if you don't have macOS Catalina installed. First, you need to add one of the bundle loading commands above to your AppDelegate. Then, add the following to the #if DEbUD'd preview section of the SwiftUI file you are injecting:

ContentView() in this code needs to be replaced with the same initial view as is used in your SceneDelegate.swift to initialise the UIHostingController. Even though ContentView is a struct and is therefore statically liked, if it is defined in the file being injected containing the Refresher class, the new implementation will take precedence when the interface reloads.

Injection now includes the higher level Vaccine functionality, for more information consult the project README or one of the following references.

The InjectionIII menu contains an item "Trace" which can be used to enable logging of all Objective-C and non-final Swift class method calls. This feature is experimental. Selecting the menu item again will turn the feature back off.

If you want finer grain control of what is being traced, include the following file in your project's bridging header and the internal api will be availble to swift (after an injection bundle has been loaded):

Newer versions of InjectionIII contain a server that allows you to control your development device from your desktop once it has been started. The UI allows you to record and replay macros of UI actions then verify the device screen against snapshots for end-to-end testing.

To use, add an Objective-C class to your project and #import its header file in the Swift bridging header. Include the following in the class header file:

Finally, include the following in your application's initialisation (replace 192.168.1.14 with the IPV4 network address of your development machine or your collegue's machine you would like to project your device onto if they are running InjectionIII.) You can also use a machine's hostname (shown in Preferences/Sharing):

When InjectionIII is running, select the "Remote/Start Server" menu item to start the server and then run your app. It should connect to the server which will pop up a window showing the device display and accepting tap events. Events can be saved as macros and replayed. If you include a snapshot in a macro this will be compared against the device display (within a tolerance) when you replay the macro for automated testing. Remote can also be used to capture videos of your app in operation but as it operates over the network, it isn't fast enough to capture animated transitions.

SwiftEval - Yes, it's eval() for Swift 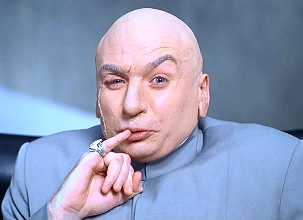 SwiftEval is a single Swift source you can add to your iOS simulator or macOS projects to implement an eval function inside classes that inherit from NSObject. There is a generic form which has the following signature:

This takes a Swift expression as a String and returns an entity of the type specified. There is also a shorthand function for expressions of type String which accepts the contents of the String literal as it's argument:

An example of how it is used can be found in the EvalApp example.

The command to rebuild the class containing the eval is parsed out of the logs of the last build of your application and the resulting object file linked into a dynamic library for loading. In the simulator, it was just not possible to codesign a dylib so you have to be running a small server "'signer", included in this project to do this alas.

The App Tracing functionality uses the OliverLetterer/imp_implementationForwardingToSelector trampoline implementation via the SwiftTrace project under an MIT license.

This release includes a very slightly modified version of the excellent canviz library to render "dot" files in an HTML canvas which is subject to an MIT license. The changes are to pass through the ID of the node to the node label tag (line 212), to reverse the rendering of nodes and the lines linking them (line 406) and to store edge paths so they can be colored (line 66 and 303) in "canviz-0.1/canviz.js".

It also includes CodeMirror JavaScript editor for the code to be evaluated using injection under an MIT license.