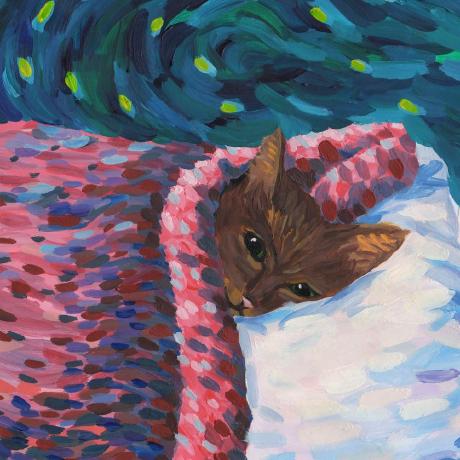 (PNG output on the left · Original page on the right)

Development of this library is possible thanks to:

Gripeless is a free complaint solution for web apps
Let your users take screenshots of important issues, pipe them into your issue tracker
and let your users know when they're fixed, automatically.

The viewport screenshots include scrolled element scroll states, cross-origin images, input states, web fonts, canvas contents, current video frame contents, and much more information that you wouldn't be able to get using something like a headless browser.

At the time of writing there are no existing solutions that are aimed of reproducing the entire viewport accurately like Pico.

This program renders whatever is displayed in the given Window into an image, thanks to svg's <foreignObject>.

No server side code is required to produce the screenshot.

There is no native Javascript API to take the screenshot of what the user is currently seeing on their screen (and because of security issues there probably will never be one).

Since we don't have access to the raw data that's being shown to the user we have to reconstruct it manually. This program works thanks to svg's <foreignObject> which lets you insert any valid HTML content inside, which we can then pass as a data URL into a <canvas>' drawImage and read out the raw image data with canvas.toBlob or canvas.toDataURL.

The above alone would work great in a universe where subresources didn't exist - which as you know is not our universe. SVG's inserted into <img> tags (or in our case, <canvas>') cannot display any external resources, whether it's images, fonts or stylesheets.

To work around that fact Pico does the following things:

The returned DOM is inserted into an <iframe>, serialized into XML, converted into a data URL, put into an Image, which is then rendered onto a <canvas> whose contents are read out with canvas.toBlob and finally returned to the program's caller, together with all the errors when resources failed to load.

Pico is able to safely accumulate all async resource errors thanks to Fluture, which is a really great alternative to the native Promise and forces you to write type safe errors. You can read a fantastic introductory article to it by the library's author here.

Pico is built using Fluture and in addition to the Promise also provides a direct API to Fluture via functions suffixed with Fluture. If you don't care about functional programming just use the non-suffixed functions to work with Promise's instead.

All functions return an "ErrorStack", which is basically just the returned value paired with any errors that happened while computing it. Most errors will be CORS or 404 related issues when loading subresources.

Render the given Window to a PNG image and return it as an object URL. This is safer to use than dataURL due to memory constraints. Remember to call URL.revokeObjectURL when you're done with the image.

Render the given Window to a PNG image and return it as a data url. Note that in Chrome the limit for data url's is 2MB, prefer objectURL when possible.

Render the given Window to an SVG image and return it as an object URL. This function is mainly useful for inspecting the output of Pico using devtools, for real uses prefer the other functions.

The module is intended to be used exclusively in the browser via a code bundler like Rollup or Webpack. There is no single file bundle build provided at this time.

Pico is being developed against recent Firefox and Blink based browsers (Chrome, Opera, Brave, Edge). It does not work on Safari or old Edge versions due to lack of proper support for <foreignObject>.

Pico's code was inspired in many ways by the following libraries:

Pico's selling point is representing the whole viewport as accurately as possible. If you want to render a single DOM node instead, consider using one of the above libraries.

To the authors of the above code, thank you for your awesome work.