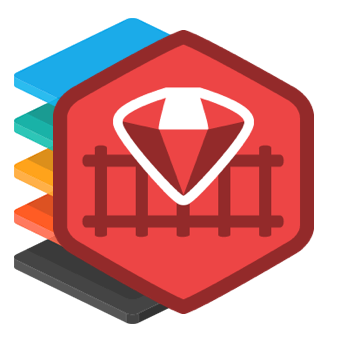 go-on-rails is a Rails generator aims to:

Add this line to your application's Gemfile:

Or install it yourself as:

You must have an existed Rails app or to create a new one before you try go-on-rails to generate Golang codes.

After that you can run the command just as other Rails generators:

here we take generating all models for the development environment for example:

Then a folder named go_app that includes Golang codes will be generated under your Rails app root path.

Install the dependent Golang packages for this Go project:

Then change to the go_app directory and run:

You can visit the page in http://localhost:4000 by default.

What will be generated?

View the godoc of all functions

You can view the godoc page of all functions in http://localhost:7979/doc/models.html after run:

Besides, there's a sample project generated by go-on-rails, you can view its godoc at godoc.org just now to get a picture of what functions are generated.

The gem is still under development, so there're some known issues. You're welcomed to contribute.

When I had the idea to convert Rails app or build Golang app with Rails tools, I searched github and found the project: https://github.com/t-k/ar2gostruct. And from ar2gostruct I copied some codes on handling data structure convertion and models association, it make my idea come true faster than I imagined.

The dev branch has a whole Rails environment for development: models, seeds for testing, and under go_app directory there's a file named models_test.go used to test generated Golang codes.

We create four models for testing:

Run rails db:seed to use the data defined in db/seeds.rb. And change to go_app/models directory to run go test to test generated models-related functions. The test covers a small part of the functions currently. More will be added later on.