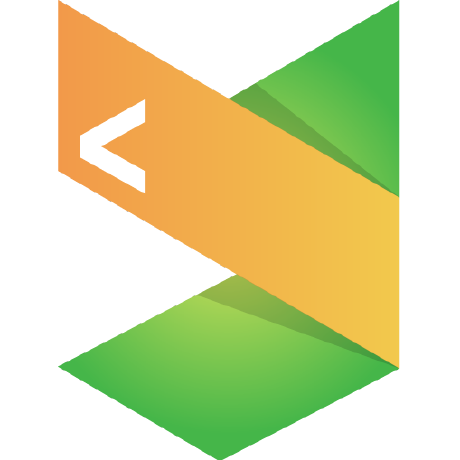 This will install LinuxSpells globally on your pc.

To get info about any spell, type, for eg- lumos: The spells used in here are:

Lumos is the incantation to a charm that can be used to produce a flash of bright white light from the tip of the wand. This light can be thrown far off of the wand, illuminating the surrounding area for several minutes after its initial casting before darkening once more.

Lumos shows the path in wizard world and so does the 'ls' command in linux world. 'ls' does directory listing.

So typing 'lumos' into terminal will display the files and folders in the current working directory.

The Geminio Curse or Doubling Charm(Geminio) is a spell used to duplicate an object. It can also be used to bewitch an object into multiplying repeatedly when touched, though how one would produce the latter effect is still unknown.

Originating from "Harry Potter and the Chamber of Secrets", Obliviate is a term meaning 'forget'. Obliviate is a memory charm, resulting in the erasure of the recipient's memory. One's memory vanishes as soon as this charm is casted.

It makes one forgetful of things or memories and so does the 'clear' command in linux terminal. It clears the output screen or 'obliviates' it :P Legilemency or legilimens is the act of magically navigating through many layers of a person's mind and correctly interpreting one's findings. Muggles often call this as 'mind-reading'.

Mobiliarbus is the incantation to a charm used to levitate and move plants and trees, as well as the materials made of wood. The Latin term mobilis, meaning "movable" , and arbor means "tree".

The Killing Curse (Avada Kedavra) is a tool of the Dark Arts and one of the three Unforgivable Curses. It is one of the most powerful and sinister spells known to wizardkind. When cast successfully on a living person or creature the curse causes instantaneous and painless death, without any signs of violence on body.

It 'deletes' the person or creature from the living world, poof! And so does the 'rm' command in linux world. 'rm' causes painless death of files and folders :P The Summoning Charm (Accio) was a charm that caused a target at a distance from the caster to levitate or fly over to them. This spell needs thought behind it, the object must be clear in the caster's mind before trying to summon.

This spell is one of the oldest spells known to wizarding society.

Accio 'gets' the object and so does 'wget' in the linux world. Nox is a The Wand-Extinguishing Charm.

It is a spell which causes the light at the end of the caster's wand to be extinguished.

Typing "nox" in your terminal will make the computer shutdown.

Seen originally in "Harry Potter and the Goblet of Fire", Reducio basically means 'to reduce/shrink'. Reducio is a shrinking charm, resulting in the reduction of target's shape as soon as it is cast.

It makes things smaller, as does the 'tar' command in linux, since it compresses or shrinks files :P 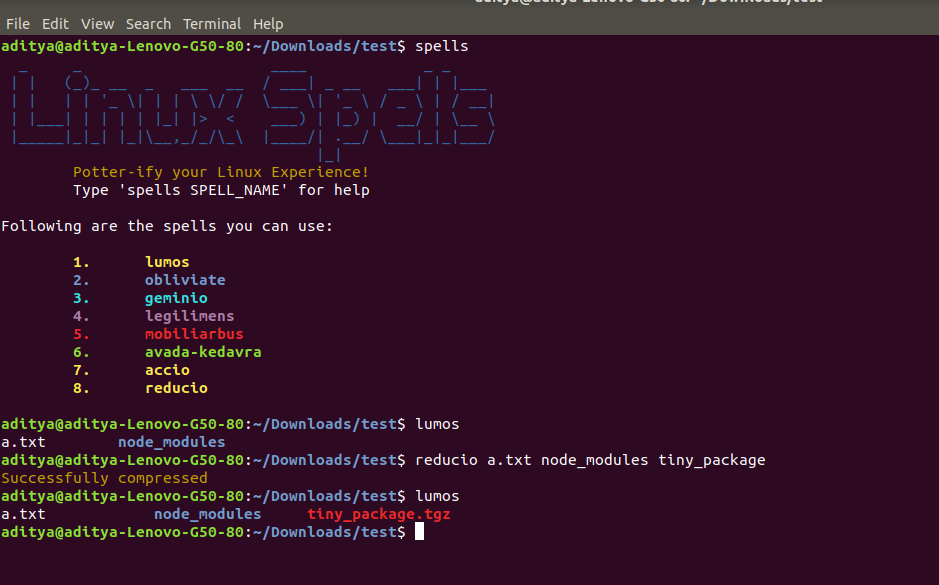 How to get help for commands

Type : $ spells SPELL_NAME to get information regarding any spell. Cheers!