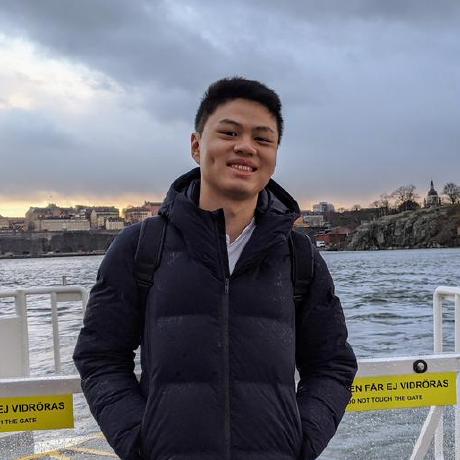 yes, I know it says Starman on the image

Rocketman is a gem that introduces Pub-Sub mechanism within your Ruby code.

The main goal of Rocketman is not to replace proper message buses like Redis PubSub/Kafka, but rather be a stepping stone. You can read more about the rationale behind the project down below.

As with all Pub-Sub mechanism, this greatly decouples your upstream producer and downstream consumer, allowing for scalability, and easier refactor when you decide to move Pub-Sub to a separate service.

Add this line to your application's Gemfile:

Or install it yourself as:

Producer exposes one instance method to you: :emit. :emit takes in the event name and an optional payload and publishes it to the consumers. There's nothing more you need to do. The producer do not have to know who its consumers are.

Note that Producer emit events with threads that run in a thread pool. The default number of worker is 5, and the workers default to checking the job with a 3 seconds interval. You can tweak these to your liking, refer to the Configuration section below for more informations.

Consumer exposes a class method, :on_event. :on_event takes in the event name, and also an additional block, which gets executed whenever a message is received. If an additional payload is emitted along with the event, you can get access to it in the form of block argument.

If you want to also consume events from external services, you can do that too.

Rocketman has the concept of a Relay. The cool thing is, Relays are just Producers that understand how to relay messages from external services (like Redis) into Rocketman events.

Rocketman ships with a Redis relay, which you can use it like so (assuming you have Redis installed):

That's it, the Redis relay service will now listen for events from external services on behalf of you, and then it'll push those events onto the internal Registry.

to something understandable by your consumer, so a consumer only has to do:

Notice how it behaves exactly the same as if the events did not come from Redis :)

This pattern is powerful because this means your consumers do not have to know where the events are coming from, as long as they're registed onto Registry.

Right now, only Redis is supported, but it is extremely easy to add a Relay yourself since it's just a Producer. Checkout the implementation of rocketman/relay/redis for reference, upstream contributions for services are very welcomed too.

By default, the events emitted from your app will be stored in an in-memory Queue, which will get processed by Rocketman threaded workers.

However this also means that if your app dies with events still in your job queue, your emitted events which are stored in-memory will be lost.

That is obviously not desirable, so that's why Rocketman ships with an option to use Redis as your backing storage mechanism.

All you need to do is pass in a Redis connection to Rocketman. Refer to the Configuration section below for more information.

Here are the available options to tweak for Rocketman.

debug mode enables some debugging puts statements, and also tweak the Thread workers to abort_on_exception = true. So if you have failing jobs, this is how you can figure out what's happening inside your workers.

Why use Rocketman, rather than a proper message bus (e.g Redis PubSub/Kafka)?

It is worth noting that Rocketman is not meant to be a replacement for the aforementioned projects -- both Redis PubSub and Kafka are battle-tested and I highly encourage to use them if you can.

But, Rocketman recognizes that it's not an easy task to spin up an external message bus to support event-driven architecture, and that's what it's trying to do - to be a stepping stone for eventual greatness.

Moving onto a event-driven architecture is not an easy task - your team has to agree on a message bus, the DevOps team needs the capacity to manage the message bus, and then what about clustering? failovers?

So what Rocketman offers you is that you can start writing your dream-state event-driven code today, and when the time comes and your team has the capacity to move to a different message bus, then it should be a minimal change.

Here's a very crude drawing of the architecture of Rocketman Right now events are using a fire-and-forget mechanism, which is designed to not cause issue to producers. However, this also means that if a consumer fail to consume an event, it'll be lost forever. Next thing on the roadmap is look into a retry strategy + persistence mechanism.

The interface could also probably be better defined, as one of the goal of Rocketman is to be the stepping stone before migrating off to a real, proper message queue/pub-sub mechanism like Kafka. I want to revisit and think about how can we make that transition more seamless.

After checking out the repo, run bin/setup to install dependencies. Then, run rake spec to run the tests. You can also run bin/console for an interactive prompt that will allow you to experiment.

Bug reports and pull requests are very welcomed on GitHub at https://github.com/edisonywh/rocketman, but before a pull request is submitted, please first open up an issue for discussion.

This project is intended to be a safe, welcoming space for collaboration, and contributors are expected to adhere to the Contributor Covenant code of conduct.

The gem is available as open source under the terms of the MIT License.

Everyone interacting in the Rocketman project’s codebases, issue trackers, chat rooms and mailing lists is expected to follow the code of conduct.

Why is it called Rocketman?

Uh.. well it's named after the song by Elton John, but really, it has nothing to do with an actual Rocketman.