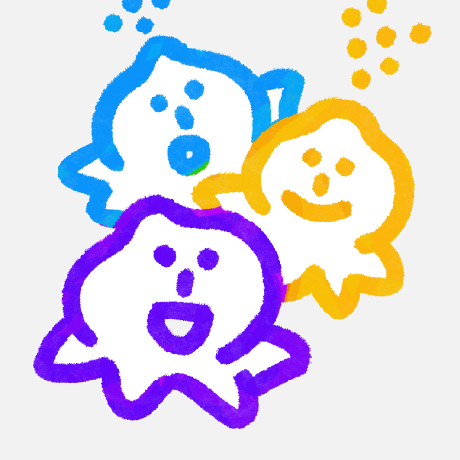 An offline-first, distributed, syncable, embedded document database for use in p2p software

Alpha - do not use for important data yet

What kinds of apps can you build with Earthstar?

Tools for collaborating with groups of people. See Use-cases, below.

These problems come from 2 root causes:

We'd be better off with communication services that are:

This is the "federated" model, like Mastodon: instead of one big Twitter, make a thousand small Twitters.

But this has problems too -- volunteer-run servers don't last forever, and when they shut down their users lose their communities.

Earthstar goes one step further: you can communicate without servers at all, directly from device to device; or you can run Earthstar on servers ("called pubs") which help sync your data but have no authority over your account. You can easily run your own servers for yourself and your friends. Instructions coming soon.

All the authority in the system rests in the users and is enforced by cryptography, not central servers. Since servers only exist to help with syncing, and your data and identity are independent of the servers, you can easily use as many or as few servers as you want, and move between them without losing anything.

Earthstar's philosophy is that apps should be tools, not services. Authority no longer rests in a central server, it rests in each user.

Within each path, we keep the newest version of that document from each author. We discard old versions of a document from the same author.

In other words, it's a mapping from (path, author) to latest version of the document at that path, from that author.

The newest document (from any author) is considered the winner of a conflict. More details below in the "Editing data" section.

There are no transactions. The unit of atomic change is the document.

Simplified diagram of the entire system. The dashed boxes are not implemented yet.

A more detailed look at this Javascript implementation:

Each user will have their own instance of an Earthstar database, maybe in their browser or embedded in an Electron app. There might also be some instances on cloud servers ("pubs"). The databases can sync with each other across HTTP or duplex stream connections.

Each database instance can hold a subset of the entire data, specified by a query such as "paths starting with a certain substring", "paths written after a certain timestamp", etc.

The universe of data is divided into workspaces -- collections of documents accessed by certain users. Syncing happens one workspace at a time.

Read the vocabulary and concepts documentation for more about workspaces.

A single author can use multiple devices at the same time. You "log into" a device by providing your public and private key, like a username and password.

Data is mutable. Authors can update paths with new values. The old data is thrown away and doesn't take up space. You can also delete paths (soon); this replaces them with a tombstone value which is kept around.

There is a write permission system to allow only certain authors to write to certain paths. Other paths can be written by anyone.

Soon, there will also be a way to write immutable messages, for use cases where you need those.

Each author is identified by a public key.

Data updates are signed by the author, so it's safe for untrusted peers to help host and propagate data. (Soon) you will also be able to encrypt data so untrusted peers can host it without reading it.

Although malicious peers can withold individual documents, as long as there are honest peers around you will eventually get the latest verison of everything.

Because it allows partial sync and mutation of data, Earthstar doesn't cryptographically guarantee that you have a complete dataset with no gaps from a certain author. Authors could chose to use sequential paths or embed a blockchain of hash backlinks into their messages, and you could verify these in your app (outside of Earthstar).

Sometimes immutability is needed, like if you're running a package registry or want an audit log. For social-network style use cases, though, immutability can be a privacy liability instead of a desirable guarantee.

Earthstar can be used for invite-only tools where you have all the data (think Slack) and large open-world tools where you only replicate part of the entire dataset (think SSB). Apps tell Earthstar what paths and what authors to replicate.

These styles of app could be built on top of Earthstar:

What doesn't it do?

Earthstar doesn't handle multi-user text editing like Google Docs. This is a different challenge. You could probably use a CRDT like Automerge and rely on Earthstar to move and sync the patches it produces.

It will eventually stream live changes, but it's not designed for low-latency live data.

The cryptography is not audited yet.

Earthstar is not focused on anonymity -- more on autonomy. You could use it over Tor or something.

Moderation and blocking support is not built in, but apps can build it on top of Earthstar.

The main interface to Earthstar is the Storage class:

Document hashes are used within signatures and to link to specific versions of a doc.

There's a simple canonical way to hash a doc: mostly you just concat all the fields in a predefined order:

None of those fields are allowed to contain newlines (except value, which is hashed for that reason) so newlines are safe to use as a delimiter.

There is no canonical "feed encoding" - only the canonical way to hash an doc, above. Databases and network code can represent the doc in any way they want.

The hash and signature specification may change as the schema evolves beyond es.3. For example there may be another schema ssb.1 which wraps and embeds SSB messages and knows how to validate their signatures.

Here's a very simple but inefficient algorithm to start with:

Sync over HTTP when only one peer is publicly available:

Here's a very simple but inefficient algorithm to start with:

Note that everything happens in batches instead of infinite streams. The code avoids using streams.

For efficient sync, we'll use something similar to this set reconciliation algorithm described by Aljoscha Meyer.

This is out of date -- See earthstar-pub for the latest

Immutable documents by putting "(hash)" in the path

You'll be able to put the literal string "(hash)" in a path. It will be replaced with the hash of that document. Since no other document can have the same path, it will be impossible to overwrite or delete this document, making it immutable.