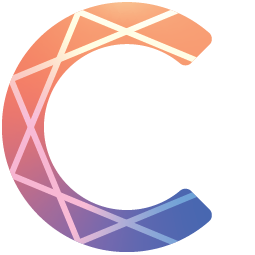 The Celerity distributed runtime and API aims to bring the power and ease of use of SYCL to distributed memory clusters.

If you want a step-by-step introduction on how to set up dependencies and implement your first Celerity application, check out the tutorial!

Programming modern accelerators is already challenging in and of itself. Combine it with the distributed memory semantics of a cluster, and the complexity can become so daunting that many leave it unattempted. Celerity wants to relieve you of some of this burden, allowing you to target accelerator clusters with programs that look like they are written for a single device.

High-level API based on SYCL

Celerity makes it a priority to stay as close to the SYCL API as possible. If you have an existing SYCL application, you should be able to migrate it to Celerity without much hassle. If you know SYCL already, this will probably look very familiar to you:

* There are currently some limitations to what types of kernels Celerity supports - see Issues & Limitations.

The kernel shown above can be run on a single GPU, just like in SYCL, or on a whole cluster -- without having to change anything about the program itself.

For example, if we were to run it on two GPUs using mpirun -n 2 ./my_example, the first GPU might compute the range 0-512 of the kernel, while the second one computes 512-1024. However, as the user, you don't have to care how exactly your computation is being split up.

To see how you can use the result of your computation, look at some of our fully-fledged examples, or follow the tutorial!

Celerity uses CMake as its build system. The build process itself is rather simple, however you have to make sure that you have a few dependencies installed first.

Building can be as simple as calling cmake && make, depending on your setup you might however also have to provide some library paths etc. See our installation guide for more information.

The runtime comes with several examples that are built automatically when the CELERITY_BUILD_EXAMPLES CMake option is set (true by default).

Using Celerity as a Library

Simply run make install (or equivalent, depending on build system) to copy all relevant header files and libraries to the CMAKE_INSTALL_PREFIX. This includes a CMake package configuration file which is placed inside the lib/cmake directory. You can then use find_package(Celerity CONFIG) to include Celerity into your CMake project. Once included, you can use the add_celerity_to_target(TARGET target SOURCES source1 source2...) function to set up the required dependencies for a target (no need to link manually).

Celerity is built on top of MPI, which means a Celerity application can be executed like any other MPI application (i.e., using mpirun or equivalent). There are several environment variables that you can use to influence Celerity's runtime behavior:

Celerity is a research project first and foremost, and is still in early development. While it does work for certain applications, it probably does not fully support your use case just yet. We'd however love for you to give it a try and tell us about how you could imagine using Celerity for your projects in the future!