For this release, the Open3D team set its focus on the theme of Visualization and Rendering. For starters, we upgraded Open3D rendering capabilities, adding a new real-time renderer based on Filament. This renderer brings support for spatially-varying BRDFs, the Cook-Torrance model, Image-Based Lighting, and Physically-based rendering, among many other improvements. Overall, this translates into a much better rendering quality, endowing 3D models of a higher realism and beauty.

In order to improve the process of 3D visualization, Open3D has incorporated a new GUI module. It was decided to base the new GUI module on the successful Dear ImGui project due to its compact size and the possibilities of its immediate mode. This new GUI module will help 3D developers to build tailored nice-looking graphical applications with minimum effort.

As an example of what can be done with the GUI module, the Open3D team has developed a new standalone application for 3D visualization, in combination with the new rendering engine. The Open3D 3D visualizer is the quickest and easiest way of making your models look outstanding! Try it yourself by downloading here (MacOS).

It is believed that one of the most critical aspects of an open-source project is the quality of its documentation. For this reason, in every release, the team makes a big effort to bring you documentation of the highest quality possible. On this occasion, we decided to upgrade our tutorials to make them interactive. This allows users to directly play and experiment with the concepts presented in each tutorial. The new tutorials, in Jupyter notebook format, can be found here.

Finally, the GPU support that many of you have been requesting has started to make its way into master. In this first step, Open3D brings experimental support for a new Tensor library, that can be transparently used in CPUs and GPUs. We will keep migrating the entire library step-by-step, so please be patient. Feel free to test it out and provide us with feedback.

Remember that you can reach out with questions, requests, or feedback through the following channels:

The Open3D team and the Open Source Vision Foundation are proud to present the 0.9.0 release of the Open3D library.

This release brings two exciting algorithms for processing point clouds and meshes: Poisson surface reconstruction and as-rigid-as-possible deformation. You can find a reference for how to use these algorithms in the following examples:

The problems related to headless mode rendering have also been solved in this release, among other bug fixes!

This is the last release of Open3D with support for Python 2.7.

On behalf of the Open3D team, we would like to thank our technical writer, Rohan Rathi and the Google season of docs organization for their help in the critical task of improving Open3D documentation. Your contribution has served to make Open3D more accessible to new users.

We are also happy to announce our new Discourse forum, which becomes the official way to discuss issues related to Open3D.

In an effort to improve our communication with the Open3D community and all the developers that use this library, we have created a new mailing list: open3d-all@osvf.org. Here developers and contributors can obtain first-hand information about the development progress of Open3D, the library’s roadmap, and information on how to proceed to implement new features. You can also join the mailing list via Google groups

Take a look at our documentation Open3D docs to see all the details, and send us feedback at open3d-info@osvf.org. You can also join our Discourse forum or the Discord network to participate in the development discussions.

The Open3D team and the Open Source Vision Foundation are excited to share with the community Open3D 0.8.0!

Starting from this release, we'll be using the open3d package name instead of open3d-python on PyPI. You can now install Open3D with

In this release, we bring support for the brand new Azure Kinect sensor. Users can enjoy the benefits of this RGB-D sensor through the simple Python and C++ APIs provided by Open3D.

We bring in a new geometry type, the Tetrahedral Mesh, which supports Delaunay triangulation from PointCloud, isosurface extraction toTriangleMesh and visualization. We also bring in two algorithm implementations, check out Ball Pivoting and DBSCAN.

As usual, we received many contributions from the community. Thank you all for your contribution and support! We also worked extensively on fixing issues brought up by the community. Please, have a look at our documentation Open3D docs to see all the details, and send us feedback at info@open3d.org. You can also join our Discord network to participate in the development discussions.

germanros1987 released this · 2 commits to master since this release

The Open3D team and the Open Source Vision Foundation are proud to present the 0.7.0 release of the Open3D library.

This release is focused on extending the functionality of Open3D data types such as Octree, VoxelGrid, and Mesh. Among the main novelties we would like to highlight:

We also tackled a set of issues brought up by the community, including support of finer control over the geometry of the Visualizer. Now it is possible to add and remove geometries dynamically!
Please, have a look at our documentation (Open3D docs) to see all the details, and send us feedback at info@open3d.org. You can also join our Discord network to participate in the development discussions.

germanros1987 released this · 2 commits to master since this release

The Open3D team and the Open Source Vision Foundation are excited to announce the 0.6.0 release of the Open3D library. In this release, we focused our efforts on improving the quality of Open3D documentation and paving the way for upcoming GPU support.

Documentation is a critical aspect of any software project, but it becomes especially critical in open-source projects. This is one of the main ways we engage with the community. For this reason, we improved the internal infrastructure to automatically generate documentation in a new format, which makes the Python API more readable and easy to understand. Please take a look at Open3D docs.

The team has also been working on bringing multi-GPU support to Open3D. We will start rolling this out in upcoming releases. In the meantime, feedback and suggestions are welcomed. Please check our GPU integration branch here.

This release also includes new data types that serve as the foundation for new meshing algorithms that will be rolled out in our next release.

Please send us feedback at info@open3d.org and join our Discord network to participate in the discussions.

germanros1987 released this · 4 commits to master since this release

The Open3D team and the Open Source Vision Foundation (http://www.osvf.org) are excited to announce the 0.5.0 release of the Open3D library.

In this release we show the power of Open3D as a core tool to create machine learning solutions for 3D data.

We have also added a new VoxelGrid representation and tooling to convert from point clouds to a VoxelGrid structure. This functionality is extremely useful to produce representations that are easier to digest by neural networks.

We have also done significant improvements to our internal infrastructure, including a simplified CI testing mechanism via docker images, enhanced testing coverage, and easier installation of the library.

germanros1987 released this · 3 commits to master since this release

The Open3D team and the Open Source Vision Foundation (http://www.osvf.org) are proud to announce the release of the 0.4 version of the Open3D library.

We are also excited to introduce support for Jupyter notebooks with a brand new WebGL widget to perform advanced 3D visualization from the comfort of your browser.

One of our main goals is to leverage Open3D as a tool to simplify the use of state-of-the-art 3D pipelines like those used in computer vision and machine learning. With this goal in mind, we are proud to introduce the Open3D Ecosystem, a set of repositories that make use of Open3D to create powerful applications. The first member of this ecosystem is Open3D-PointNet [link], a version of the famous machine learning architecture [link] for point cloud classification and semantic segmentation, which is now fully usable from the commodity of Open3D routines.

From a project infrastructure perspective, we just finalized the integration with TravisCI to perform automatic unit testing. This is a large step forward in terms of quality control for Open3D and it will help to make our software more reliable while expediting its development. The team has made an enormous effort to define UnitTests for all the functionalities present in the library, a task that will be concluded in future releases.

Check out our release video [link] to see these functionalities in action!

For a detailed description of all the features of Open3D 0.4, please keep reading. We hope you enjoy this release and hope to hear from you. Please send us feedback at info@open3d.org and join our Discord network to participate in the discussions.

Thanks!
The Open3D team

syncle released this · 2 commits to master since this release

syncle released this · 2 commits to master since this release 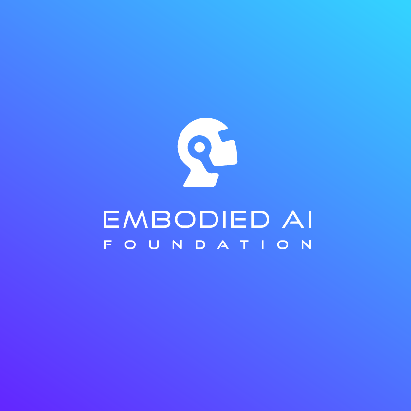