Tymlez and RIDDLE&CODE prepared all the changes, merged them back and run all the tests and integrational aspects.

@gamjapark and team translated all the BigchainDB root docs into Korean. Pull Request #2603

Fixed a typo in the Kubernetes ConfigMap template. Pull Request #2583

Fixed a bug in transaction validation. For some more-complex situations, it would say that a valid transaction was invalid. This bug was actually fixed before; it was issue #1271. The unit test for it was turned off while we integrated Tendermint. Then the query implementation code got changed, reintroducing the bug, but the unit test was off so the bug wasn't caught. When we turned the test back on, shortly after releasing Beta 2, it failed, unveiling the bug. Pull request #2389

Removed all support and code for the old backlog_reassign_delay setting. Pull request #2332

The bigchaindb upsert-validator subcommand is not working yet, but a solution (BEP-21) has been finalized and will be implemented before we release the final BigchainDB 2.0.

When deploying a node using our Docker Compose file, it didn't expose port 46656, which is used by Tendermint for inter-node communications, so the node couldn't communicate with other nodes. We fixed that in pull request #2299

We ran all our tests using MongoDB 3.6 and they all passed, so it seems safe to use BigchainDB with MongoDB 3.6 from now on.

To resolve issue #2279, we made some changes to the bigchaindb-abci package (which is our fork of py-abci) and told BigchainDB to use the new version (bigchaindb-abci==0.4.5). Pull request #2281.

The Kubernetes liveness probe for the BigchainDB StatefulSet was improved to check the Tendermint /status endpoint in addition to the Tendermint /abci_info endpoint. Pull request #2275

There's a new page in the docs about storing files in BigchainDB. Pull request #2259

Tendermint changed how it responds to a request to store data (via the Tendermint Broadcast API) between version 0.12 and 0.19.2. We started modifying the code of BigchainDB Server to account for those changes in responses (in pull request #2239), but we found that there's a difference between what the Tendermint documentation says about those responses and how Tendermint actually responds. We need to determine Tendermint's intent before we can finalize that pull request.

An implementation of BEP-8 (BigchainDB Enhancement Proposal #8), which makes sure a node can recover from a system fault (e.g. a crash) into a consistent state, i.e. a state where the data in the node's local MongoDB database is consistent with the data stored in the blockchain. Pull requests #2135 and #2207

When someone uses the HTTP API to send a new transaction to a BigchainDB network using the POST /api/v1/transactions?mode={mode} endpoint, they now get back a more informative HTTP response, so they can better-understand what happened. This is only when mode is commit or sync, because async means that the response is immediate, without waiting to see what happened to the transaction. Pull request #2198

There were many changes between 1.3 and 2.0 Alpha, too many to list here. We wrote a series of blog posts to summarize most changes, especially those that affect end users and application developers:

We intend to resolve these issues before releasing the final BigchainDB 2.0: 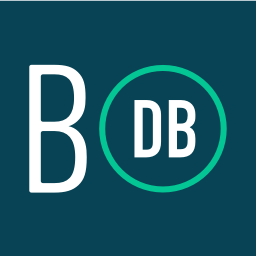