Version 9.7 is a bugfix release for our LTS Version 9.x.

It contains the following bugfixes:

#1750 description of directives arguments are captured

#1748 Print directive argument only when it has a value

This is the next stable release of graphql-java

There are two fixes applied

Maintenance release for the stable branch 9.x with:

Maintenance release for the stable branch 9.x with:

The dataloader support in graphql-java has been changed to encourage the right behavior. The DataLoaderRegistry and its contained DataLoaders need to be per execution instance based. However the previous setup made them tied to schema which is typically shared across executions.

Instead now the DataLoaderRegistry is specified as a property of the ExecutionInput and hence definitely per execution. This ensure thats the behaviour of data loader is scope to one execution and only one execution.

These PRs are all somehow related.
The main change is that we renamed ExecutionTypeInfo to a more semantically correct ExecutionStepInfo since it contains much more information than just type information and it is actually focused around the current step of the execution.
We also changed the meaning of ExecutionStepInfo.type for non nullable types: previously it has been automatically unwrapped so that type was never NonNull.
If you used .getType() please change it to .getUnwrappedNonNullType() to avoid any logic changes.

Also castType was removed (just do the cast yourself if needed) and treatAs was renamed to changeTypeWithPreservedNonNull.

#1269 - data fetchers can get their parents arguments

Directives are now considered children of graphql types and will be visited like other children. This allows you to write Traversals that find directives on graphql type objects and apply certain behaviours.

#1243 all the older BatchedExecutionStrategy code is deprecated. Use the DataLoader pattern instead

#1203 the field paths now using the field alias of defined as the path name. This is more correct and specific.

This is a bugfix release to address mainly the following things:

The full list of changes can be found here:
https://github.com/graphql-java/graphql-java/pulls?q=is%3Apr+milestone%3A9.1+is%3Aclosed

The performance of graphql.execution.instrumentation.dataloader.DataLoaderDispatcherInstrumentation has been greatly improved. It now tracks which fields are outstanding and how many values are expected for that field. This allows it to optimise when it "dispatches" the underlying data loaders so that they retrieve as much data as possible in one call.

The new graphql.schema.idl.SchemaDirectiveWiring interface allows you to wire in new behaviour to the SDL built graphql schema via directives that are placed on SDL types and fields.

For example imagine a type such as the following

You can now wire in data fetcher behaviours that enforce the authorisation access to those specific fields.

Directives MUST be declared in the schema

If you use a directive in the schema, you now MUST declare it up front and on what places it can apply. This is required by the graphql specification. eg:

There is an boolean flag that allows you to use the old lenient behaviour but its off by default.

The default and most called data fetcher graphql.schema.PropertyDataFetcher has been optimised to make it run faster. It now caches method look ups so that the costs of reflection is not paid over and over

@defer support is no longer experiemental

It is now considered a supported operation in graphql-java.

QueryTraverser is a new traverser for Documents (or part of it) which tracks at the same time the type
informations of the Schema. It is intended to be used for advanced use-cases including libraries build on top of graphql-java.

See the following Pull Requests for more information on other changes v9.0

This release contains a number of fixes, enhancements and breaking changes.

The list of breaking changes can be found here

Extend all the SDL types

The graphql SDL specification has finally hit master at Facebook and graphql-java has reflected this.

One new capability is that you can now extend all the different types not just Object types, which includes Interfaces, Unions, Enums, Scalars and Input Objects.

You can specify directives during SDL type definition and these have now been captured and transferred to the graphql runtime types.

So for example given

The special directive security will be made available on the wage field.

The signature of the methods have been changed to reflect that instrumentation callbacks now happen in two phases. The first is when the engine first dispatches an operation step and then again when it asynchronously completes.

This is a breaking change to code that has implemented Instrumentation. You will have to change the code to implement this double callback pattern.

@fetch directive has been added to SDL

This allows indirection between the names you want to use in a graphql schema and the backing Java data
without having to write this mapping logic into all your data fetchers.

You can now support a deferred execution of parts of a query via @defer directive.
(This is an experimental feature, it is currently not part of the official spec.)

The ability to have more than one error per field

The graphql spec is not super clear on whether multiple errors are allowed per field during execution. The previous code took the approach that they are not. However a re-interpretation of the specification reveals that is only true for null field checks.

Performance improvements during type look up

Our friends from Intuit have contributed a series fo fix to help with the performance of the graphql-java engine during schema type look up, which happens a lot during the execution of a query.

graphql.execution.batched.BatchedExecutionStrategy has been deprecated as an execution strategy.

It does not follow the graphql specification correctly and it has challenges on deeply nested queries with stack overflows being possible. While it remains in the code base, it may be removed at a later time.

Other changes and fixes

The rest of the PRs for 8.0 can be found by following this link

bbakerman released this · 1 commit to master since this release

This release contains a number of fixes and enhancements

This will report not just API breaking changes but additions (new fields / arguments etc..) as well

The root object of the subscription is correctly returned

The original subscription support didn't not send back the top level field which was contrary to the graphql specification. This is now fixed 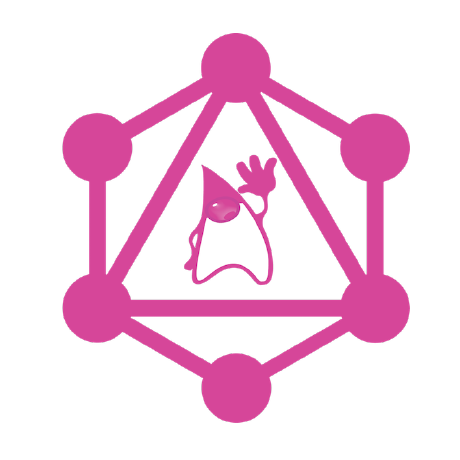