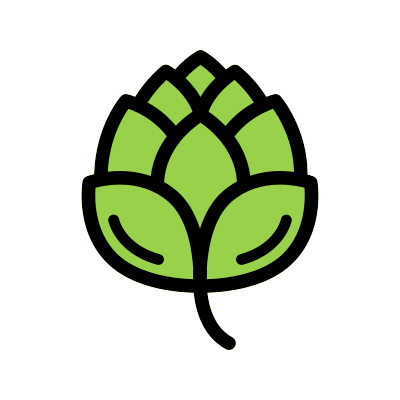 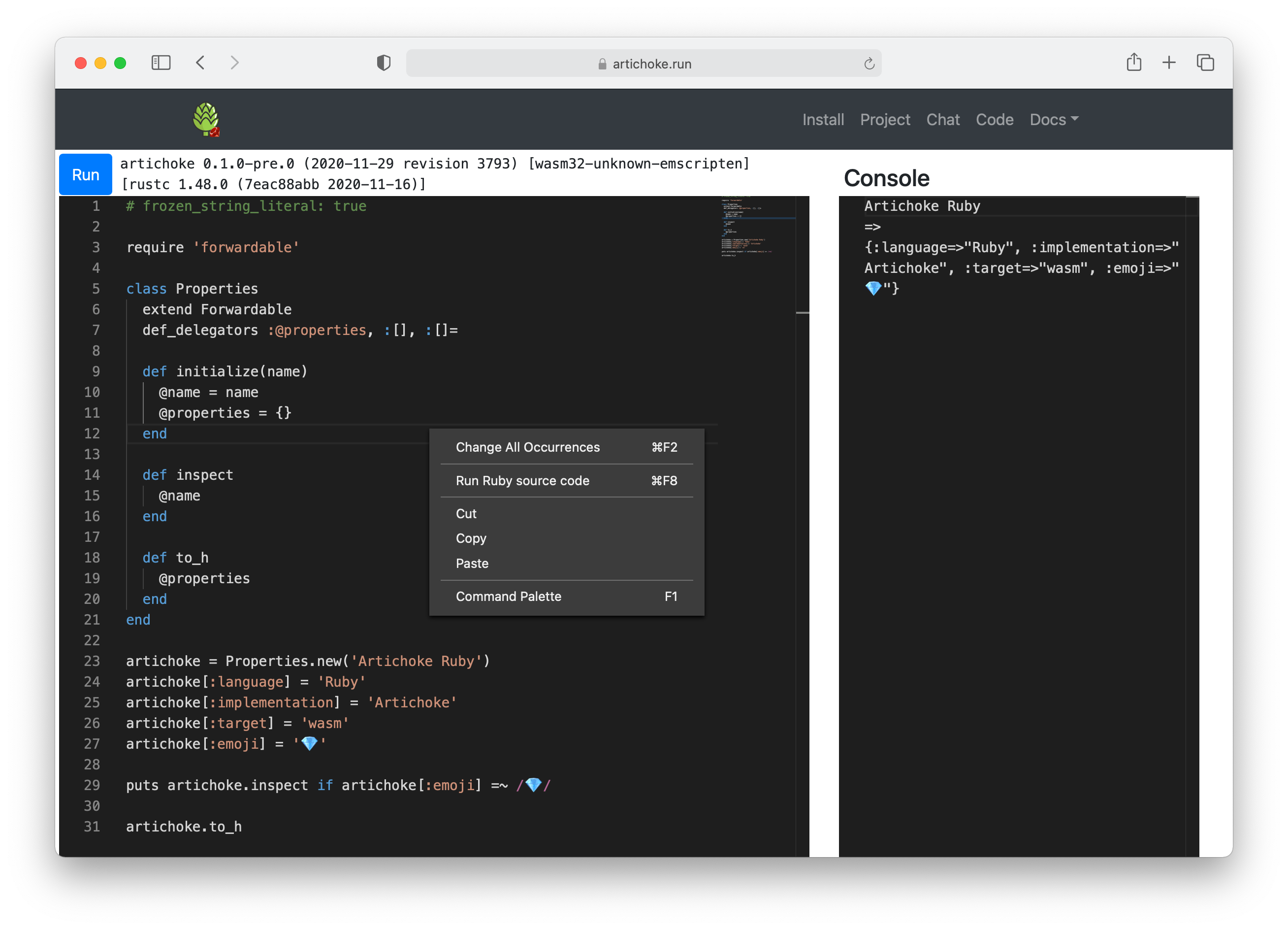 You can try Artichoke in your browser. The Artichoke Playground runs a WebAssembly build of Artichoke.

To build Artichoke, you'll need Rust, clang, and Ruby. CONTRIBUTING.md has more detail on how to set up the compiler toolchain.

Artichoke is designed to enable experimentation. The top goals of the project are:

Artichoke aspires to be a Ruby 2.6.3-compatible implementation of the Ruby programming language. There is lots to do.

If Artichoke does not run Ruby source code in the same way that MRI does, it is a bug and we would appreciate if you filed an issue so we can fix it.

If you would like to contribute code , find an issue that looks interesting and leave a comment that you're beginning to investigate. If there is no issue, please file one before beginning to work on a PR. Good first issues are labeled E-easy.

If you'd like to engage in a discussion outside of GitHub, you can join Artichoke's public Discord server.

artichoke is licensed with the MIT License (c) Ryan Lopopolo.

Some portions of Artichoke are derived from third party sources. The READMEs in each crate discuss which third party licenses are applicable to the sources and derived works in Artichoke.