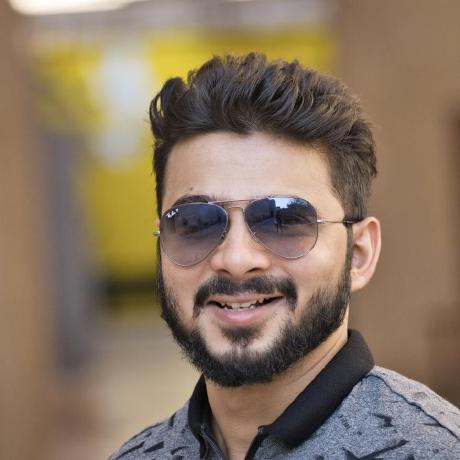 The goal of this project is to provide a hand-picked collection of Android libraries, tools, open-source projects, books, blogs, tutorials - you name it.

This project will try to showcase only the best, most popular and well-tested resources that you will actually need and find useful rather than overwhelming you with a plethora of low-quality ones.

This project is open to all kinds of contribution in all of its categories. Together, we can make it the ultimate Android reference available for free, for everyone, forever.

For resource contribution, just follow the following format: [reference-name](link) - Description, and raise a Pull Request. If you want to contribute multiple resources, raise separate PRs for each of them. Please consider adding resources maintaining the default sorting order of the category, like alphabetical sorting.

If you have any suggestion for including more categories, feel free to open a Github issue for us to have more discussion on it. Please DO NOT contribute low-quality, spammy or self-promotional stuff. Let's keep this project clean and useful.

If you feel that a particular resource(s) listed here is not a good fit for this project and should be removed, feel free to let me know by opening an issue.

These are some of the best and the most popular libraries and utilities to boost up your Android development. This list is divided into several essential categories and only includes resources which have been battle-tested by a variety of developers over a long time.

There are lots of open-source apps available in the Android community for developers to learn from, but it becomes very difficult to find the ones which are actually worth your time and can help you learn a lot of things. This list (loosely categorized on the basis of your Android skills) can help you find the resource you always wanted.

Kotlin, the new statically-typed programming language from JetBrains aims to make Android app development fun and enjoyable once again. It's like Java on steroids. Here is a list of some cool Kotlin resources for you to get started.

IDE shortcuts can really make your development workflow fast and smooth and Android Studio shines perfectly in this aspect. Ideally, you should make it a habit to not pick up the mouse to perform most of your actions and slowly migrate towards a mouseless-workflow. Here are some of the most useful shortcuts for you to get started.

You will surely need these quite often.

These can help you level up your development workflow.

Just like shortcuts, Live Templates can make your life a lot easier by generating tons of boring boilerplate code in a jiffy. Android Studio comes pre-loaded with a lot of these templates and here is a collection of some of the best ones for you to get started.

If you want to keep yourself updated with all the latest Android development news, articles and tutorials then these are some of the best sites in the Internet where the good Androidy-things happen all the time.

"Books are gifts that you can open again and again" - here is a curated list of some of the best books that can help you sharpen your Android, Java and overall programming skills. Pick one of them and just start reading.

Not too fond of reading books or blogs? You should definately try listening to some of these podcasts in your free time, while driving, cooking or doing the dishes.

If you want to get started with something quick-and-dirty, then sample projects are something which can help you a lot in understanding the concepts and technicalities in almost no time.

Love learning from videos? Don't worry, we have got you covered. This list contains some of the most useful and informative video tutorials to boost up your Android development skills to the next level.

If you are somebody who loves to engage with other fellow developers and surround yourself with all the latest news, ideas and happenings, then this list is just for you. Start following some of the best and most active Android and Java developers on Twitter.

If you aspire to develop amazing games for the Android platform, we haven't forgotten about you. Here are some of the best resources which can help you in kickstarting your Android game development career.

If you found this project useful, then please consider giving it a on Github and sharing it with your friends via social media.