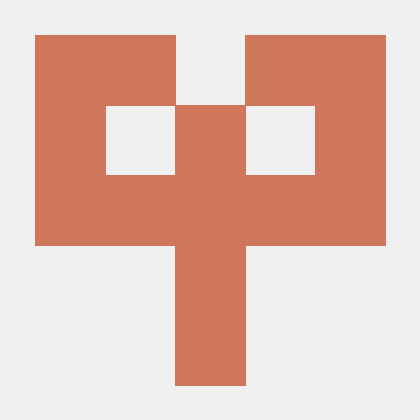 The MPCC is a model predictive path following controller which does follow a predefined reference path X^ref and Y^ref. This is achieved by augmenting the system with an integrator stated theta which approximates the progress along the reference path. The theta state is coupled to the real dynamics using the lag error e^l which is penalized in the cost. Additionally, the contouring error (lateral error to the reference path) is also penalized in the cost function. Finally, the progress along the reference path is maximized to achieve that the car does follow the path as fast as possible and the rate of the inputs is penalized. To guarantee that the car stays within the track, track constraints are imposed as well as bounds on all states, inputs and the rate of inputs. The resulting optimization problem is shown in the following equation: with the tire model and drive train model given as follows:

Finally, the state and inputs of the problem are given as follows:

Where (X,Y) is the global position phi the heading of the car, v_x and v_y the longitudinal respectively the lateral velocity and omega the yaw rate. Theta is the augmented state which approximates the progress. The inputs are the duty cycle d to the drive train, the steering angle delta and the velocity along the reference path v_theta (which is an approximation of the velocities projected onto the path)

To achieve obstacle avoidance of other cars, before solving the MPCC problem grid search 1-D dynamic programming approach finds the best way to avoid the obstacles. This path is then converted into a corridor which modifies the track constraint.

Finally, to solve the MPCC problem, we approximate the nonlinear problem as a time-varying quadratic program, by linearizing and discretizing the dynamics, approximating the lag and contouring errors using a first order Taylor approximation and approximating the track constraints with two linear half space aligned with the boundaries. The resulting quadratic program is then solved using hpipm, however the matlab implementation also offers a Yalmip, CVX, and direct QuadProg interface.

Note that the C++ implementation has some additional features proposed in the following paper AMZ Driverless: The Full Autonomous Racing System. However, obstacle avoidance is currently only supported in the Matlab implementation.

See the individual instruction for the C++ and Matlab code in the respective folders.

If you use the C++ or Matlab code please cite

and if you use the C++ version please also

Explains the MPCC problem for autonomous racing and the obstacle avoidance approach, as described above.

Shows how to implement an efficient sampling based randomized MPC approach using the MPCC approach. First, the track constraints can be reformulated as chance constraints, and approximated using randomized MPC. We then show that the problem can be split in a constraint tightening pre-processing step and solving a deterministic MPC problem with tight-end constraints. The advantage of this two step approach is that it only causes an overhead in the order of few milliseconds.

Similar to the previous paper, the MPCC is augmented with probabilistic track constraints, and we show that it is beneficial to optimize over the feedback policies used in stochastic MPC, using the disturbance feedback approach. We also show that by using only 3 samples, the approach can be implemented in real-time and that even when using so few samples, it helps on the experimental platform.

This paper proposes to learn the model mismatch between the real car and the MPC model using Gaussian Processes (GP). The GP is then considered when solving the MPC problem which helps to improve the performance. Furthermore, is the uncertainty in the GP considered by using probabilistic track constraints. The approach shows good results in simulation when the simulation model had a savier model mismatch.

This paper uses the previous paper as a basis but implements the approach on the AMZ Formula Student car. Additionally, online learning is implemented using a dictionary that is automatically updated based on how informative a data point is for the GP. The approach was tested on the real Formula Student car and reduced the lap time by 10% once the GP dictionary had converged.

This paper explains the full system used in the AMZ Driverless car for the 2017 and 2018 seasons. This also includes the MPCC including new features added in the C++ implementation of this GitHub repo, mainly the tire constraints and side slip angle cost. However, the paper also proposes a interesting mixed kinematic-dynamic model, which allows to get the benefits of kinematic models at slow speeds and the accuracy of dynamic models at high speeds.