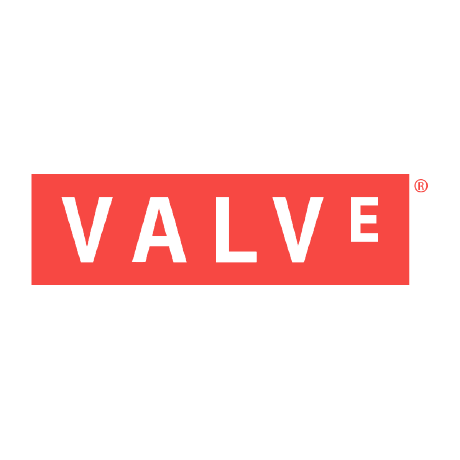 Proton is a tool for use with the Steam client which allows games which are exclusive to Windows to run on the Linux operating system. It uses Wine to facilitate this.

Most users will prefer to use Proton provided by the Steam client itself. The source code is provided to enable advanced users the ability to alter Proton. For example, some users may wish to use a different version of Wine with a particular title.

Getting Started with Proton from Steam Play

NOTE: If you are not comfortable in a command line terminal, or if you find any of the information presented in here strange and uncomfortable, then this is probably not for you. The instructions are likely to be incomplete and require some knowledge and skill on your part, and there is no warranty or guarantee that anyone will help you with this process.

We strongly recommend that most users use the production build of Proton.

The most current source for Proton is here: https://github.com/ValveSoftware/Proton

Which you can clone to your system with this command:

If you wish to change any subcomponent, now is the time to do so. For example, if you wish make changes to Wine, you would apply those changes to the wine/ directory.

Building Proton is quite complicated. We provide a top-level Makefile which will execute most of the build commands for you. This section describes how to use this Makefile for simple Proton builds.

This Makefile uses a virtual machine to create a consistent build environment. The VM is managed with Vagrant, which you will need to install before invoking these commands. Proton's build system is most well tested with Vagrant's VirtualBox and libvirt/qemu backends. It also requires the vagrant-sshfs plugin. You may run into problems with the shared folder (vagrant_share) and/or CPU and memory usage with other backends.

If your build VM gets cluttered, or falls out of date, you can use vagrant destroy to wipe the VM clean, then invoke one of the below commands to start over.

After checking out Proton and updating its submodules, you can use these targets to build Proton:

make install - This will install Proton into your user's Steam directory. You may need to restart the Steam client to see it. The tool's name in the Steam client will be based on the currently checked out branch of Proton. You can override this name using the build_name variable.

make redist - This will create a build which you can easily redistribute to other users. The package will be dropped into a new directory in vagrant_share/, named after the nearest Git tag (see git describe). Copying this directory into ~/.steam/root/compatibilitytools.d/ will make the build available after restarting the Steam client.

make deploy - This will create a deployment tarball and set of files which can be distributed as a Proton package. This is what we use to deploy Proton to Steam users. The package will be dropped into a new directory in vagrant_share/, named after the nearest Git tag (see git describe).

make clean - This will completely erase the build tree in the VM.

make proton - This will build Proton without copying its files out of the VM.

make module=<module> module - This will build both 32- and 64-bit versions of the specified module, and copy the result into the vagrant_share directory. This allows rapid iteration on one module. This target is only useful after building Proton.

make dxvk - This will rebuild DXVK and copy it into vagrant_share.

If you are doing significant Wine development or want to control the build with more fine detail, see the full documentation below.

At a high level, the build instructions are:

See below for more details on all of these steps. Please read all of the instructions before proceeding.

Set up the build environment

Proton has a lot of build-time dependencies. The following instructions describe how we create the build environment for the production builds of Proton. For reproducibility and security reasons, we will be setting up a Debian virtual machine. However, you should be able to follow these instructions on other distributions as well.

Proton provides a Vagrantfile, which will automatically set up the Debian VM for you. After installing Vagrant, initialize the VM by running from within the Proton directory:

It will take a long time to download and install the Steam runtime containers and so on. Eventually it will complete. You can SSH into the virtual machine with:

At this point you will need to configure the build directory. See below.

The Vagrantfile also creates a directory called vagrant_share in the proton directory of your host machine, which is mounted at /vagrant within the VM. You can use this shared folder to move your Proton build out of the VM, or as one way to copy files into the VM.

When you are done with the VM, you can shut it down from the host machine:

Please read the Vagrant documentation for more information about how to use Vagrant VMs.

If you do not wish to use Vagrant, you can read through both Vagrantfile and vagrant-user-setup.sh for the list of dependencies and instructions on how to set up your own machine or another VM of your choosing. It is aimed at Debian 10, but you should be able to adapt them for other distributions.

Alternative: Building without the Steam Runtime

The Steam Runtime provides a clean and consistent set of libraries. Software distributed through Steam should depend only on libraries available through the runtime, and so we build in that environment for production Proton builds. The Vagrantfile described above will set this up for you. However, if you are simply making a build for yourself, you may want to skip setting up the Steam runtime, as it takes a very long time to set up. To do this, edit the vagrant-user-setup.sh script appropriately before running vagrant up.

After setting up the build system, it is time to run the configure script which will generate the Makefile to build your project. Run these steps. You may of course use whatever paths you like.

If you are building without the Steam runtime, then instead use:

Tip: If you are building without the Steam runtime, you should now run make obj-wine64/Makefile obj-wine32/Makefile and check the files obj-wine64/config.log and obj-wine32/config.log for missing packages. Search for won't be supported. A couple of missing packages are normal: opencv, oss. More than that may indicate a problem. Please see your distro's documentation to acquire the considerable build dependencies for Wine.

A couple of Makefile targets are provided.

make dist will create a Proton installation in dist/ that you can install manually (see below), or automatically with make install.

make deploy will package Proton up for distribution via Steamworks.

Steam ships with several versions of Proton, which games will use by default or that you can select in Steam Settings's SteamPlay page. Steam also supports running games with local builds of Proton, which you can install on your machine. The install target will perform the below steps for you.

To install a local build of Proton into Steam, make a new directory in ~/.steam/root/compatibilitytools.d/ with a tool name of your choosing and place the contents of dist into that folder. The make install target will perform this task for you, installing the Proton build into the Steam folder for the current user. You will have to restart the Steam client for it to pick up on a new tool.

A correct local tool installation should look like this:

To enable your local build in Steam, go to the Steam Play section of the Settings window. If the build was correctly installed, you should see "proton-localbuild" in the drop-down list of compatibility tools.

Each component of this software is used under the terms of their licenses. See the LICENSE files here, as well as the LICENSE, COPYING, etc files in each submodule and directory for details. If you distribute a built version of Proton to other users, you must adhere to the terms of these licenses.

Proton can be tuned at runtime to help certain games run. The Steam client sets some options for known games using the STEAM_COMPAT_CONFIG variable. You can override these options using the environment variables described below.

The best way to set these environment overrides for all games is by renaming user_settings.sample.py to user_settings.py and modifying it appropriately. This file is located in the Proton installation directory in your Steam library (often ~/.steam/steam/steamapps/common/Proton #.#).

If you want to change the runtime configuration for a specific game, you can use the Set Launch Options setting in the game's Properties dialog in the Steam client. Set the variable, followed by %command%. For example, input "PROTON_USE_WINED3D=1 %command%" to use the OpenGL-based wined3d renderer instead of the Vulkan-based DXVK renderer.

All of the below are runtime options. They do not effect permanent changes to the Wine prefix. Removing the option will revert to the previous behavior.