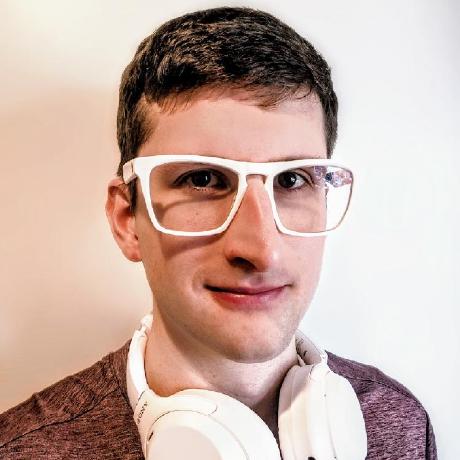 With Nimporter, you can simply import Nim source code files as if they were Python modules, and use them seamlessly with Python code.

Nimporter can work seamlessly when Nim is installed via Choosenim or manually. No additional configuration is necessary once installed since Nimporter can find the Nim standard library and install Nimpy library if Nimble is on your path.

Nimporter provides an official way to develop applications and libraries that make use of Nim code for achieving higher performance.

It does this by providing a way to directly import Nim code and have it be compiled at runtime. However, unlink Cython, this will not proliferate your development environment and require adding bunches of exceptions to your .gitignore file.

All artifacts are stored in their respective __pycache__ directories. Builds are cached so that subsequent imports do not trigger a rebuild.

Nimporter allows you to treat Nim files exactly like Python modules. This means that namespacing is maintained for package heirarchies.

Here is a quick example of how to directly import Nim code:

Does Nimporter support single-file Nim modules only? No, Nimporter allows you to treat an entire Nim project as a single module. The project must contain a .nimble file that is used to build the project into a single library. Since .nimble files are supported, this means that they can rely on Nim dependencies and still be imported and compiled at runtime.

Have a complex build requirement that would normally entail tweaking Nim compiler switches for each supported platform? Nimporter fully supports adding a switches.py file for libraries that need to customize the CLI flags for any platform seamlessly for both developing and bundling extensions.

Since Nimporter relies on Nimpy for Nim <-> Python interaction, it is a required dependency during development for every module and library. Nimporter ensures that this is installed prior to every compilation so that users do not have a separate nimble install nimpy step.

Additionally, for users who do not have access or are not interested in installing a Nim compiler, Nimporter makes distribution effortless.

After creating an entire project with many Python and Nim modules/libraries in a deeply-nested package heirarchy, Nimporter allows you to bundle all of this into a single wheel just as you would with Python.

To do this, you need to add a single line to your setup.py:

Please note that the official distribution mechanism only requires a single line of code.

Additionally, all namespaces are preserved in the built extensions and end-users can merely install the resulting wheel containing the binary artifacts without compiling on the target machine.

In summary, Nimporter is a library that allows you to use Nim along with Python effortlessly by exposing two very simple APIs:

How much simpler could it possibly get?

For tutorials, advanced usage, and more, head over to the Wiki.

Generated documentation can be found here.

For a bunch of little examples, look in the examples/ directory. For more rigorous examples testing every feature of Nimporter, you can take a look at the files within the tests/ directory.

If your library makes use of Nimporter for integrating Nim code, you will need to include it with your dependency list. Even for binary distributions which compile each extension to prevent compilation on the end-users machine.

Binary (wheel) distributions allow you to forego compilation of Nim source files on the end user's machine. This has enormous benefit and can be accomplished very easily by adding the following line to your setup.py file:

To create the binary distribution:

When installing via Pip, the appropriate wheel version will be selected, downloaded, and installed, all without requiring users to install a Nim compiler.

Special note for Linux users: Unfortunately, PyPi will not allow you to upload just any Linux wheel. There is a special compilation process that can be explained here. Interestingly enough, I got around this by simply renaming the resulting Linux build according to the manylinux1 naming convention. You can see my solution in the examples/github_actions_template.yml file for the build-linux job. I expect that there could be many downsides of using this hack but it worked for me on 2 different Linux platforms.

Source distributions allow users to bundle Nim files so that end-users can compile them upon import just how they would during normal development.

The only supported way of providing a source distribution is to bundle the Nim files along with the Python source files.

To do this, add these lines to your setup.py file:

To create the source distribution:

When installing via Pip and a binary distribution (wheel) cannot be found for a given platform, the source distribution will be installed which will include the bundled Nim source files. When the library is imported on the end-users's machine, Nimporter compiles all of the Nim files as they are imported internally which will cause a small delay to account for compilation. When the library is subsequently imported, no compilation is necessary so imports are extremely fast.

Since binary distributions allow Nimporter libraries to be distributed without requiring a Nim compiler, they are the recommended packaging type. However, building for each platform can be tedious.

Nimporter can easily be used within a Docker container. To prevent the need for a Nim compiler toolchain to be installed into the container to run Nim code, you can pre-compile all of your extensions and copy the resulting artifacts into the container. This process is roughly as follows:

Nimporter provides a CLI that you can use to easily clean all cached build and hash files from your project recursively. This can be very useful for debugging situations arising from stale builds.

Additionally, the CLI can also be used like a compiler to produce a binary extension (.pyd and .so) from a given Nim file.

The Nimporter CLI can also precompile all extensions within a project without needing to run the project. This is useful in situations where you do not want to package your application using a setup.py (such as a zip file) or for use within Docker containers.

Finally, the CLI has provisions for quickly bundling your project into a source or binary distribution:

If you do not have a setup.py in your current directory, the CLI will generate one for you but you will have to edit it to make sure that all of your code is included in the resulting package. You can look here for an excellent tutorial on how to use setup.py.

There are 44 unit tests and 5 integration tests to make sure that Nimporter performs as advertised.

In addition, Nimporter has 94% code coverage so a host of bugs have already been caught and dealt with in a manner befitting their wretched existence.

Lastly, it has been tested and fully supported on these platforms:

Just for fun, I got out my Windows laptop, Mac, and SSHed into a Linux box on AWS. I then ran the test suite on all 3 platforms simultaneously. ;)

Nimporter likely works on a bunch of other platforms but I cannot justify the time required to test them at this point.

To run these on your local machine, you will need to install a Nim compiler.

This example will assume you are cloning the GitHub reposotory.

If one is found, it could be stale meaning the Nim file could have been modified since it was built. To keep track of this, a hash of the source file is also kept in the __pycache__ directory and is consulted whenever there is a possibility that a stale build could be imported.

The second custom importer has the exact same purpose of the first one except it is used to import Nim extension libraries. A library is any folder within a Python project that contains a <lib name>.nim and a <lib name>.nimble file.

These files mark that the folder should be treated as one unit. It also makes it so that Nimble dependencies can be installed.

As for the second capability, Nimporter helps you bundle and distribute Nim code as part of a binary distribution extremely easily.

The way it works is by iterating through your entire project and identifying any Nim module and Nim library that it finds and compiling them to C using a feature of Nim that specifically supports this.

Why compile to C? Because Python already has extensive infrastructure to support the compilation and distribution of C extensions.

Once each Nim module and library is compiled to C, Python deals with them the exact same way as a typical C extension. These extensions are then bundled into the resulting binary distribution and can be uploaded to PyPi or similar.

Are source distributions supported? Yes and no. They are officially supported for bundling the Nim source files themselves into the archive, but not the C source files. Although the C source files would be a better alternative, the C files generated by Nim are platform specific, so they would only be of use to users on the same exact platform and architecture. This is why the official way of distributing Nimporter libraries is by creating binary wheels.

State Of The Project

I have implemented all of the features that I wanted to add at this time. I made sure to validate the effectiveness of each feature with the unit and integration tests. This project should be considered "done" and will receive no further enhancements except for bug fixes and patches. You can submit a bug report on Nimporter's GitHub Issues page.

Although I would not seek to add any new features to Nimporter, there may exist certain modifications that would enhance the effectiveness of Nimporter's core features. Pull requests are welcome, especially for fixing bugs.

Nimporter would not be possible without Nimpy. Thank you Yuriy Glukhov for making this project possible!