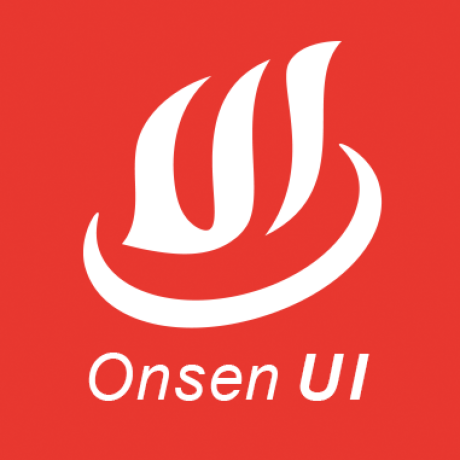 Onsen UI is a library of UI components to help you create beautiful hybrid and mobile web apps for both Android and iOS using Javascript.

The core library is written in pure Javascript and is framework agnostic which means you can use it with your favorite frameworks such as:

Onsen UI provides styles for both iOS flat design and Android's Material Design. The components will be automatically styled based on the platform which makes it possible to support both iOS and Android with the same source code.

We have several resources to help you get started creating hybrid apps with Onsen UI:

If you are having trouble using some component the best place to get help is the Onsen UI Forum. We are also available to answer short questions on Twitter at @Onsen_UI.

There are lots of sample applications written using Onsen UI. Here are some examples to give you an idea of what kind of apps you can create:

What is Onsen UI?

Onsen UI is tested with the following browsers and mobile OS.

See the Onsen UI Getting Started page. We provide project templates for you in the project-templates repository. You will see the instruction on how to run the project there. For Visual Studio developers we provide directly provide Onsen UI extension.

Onsen UI is available with npm, bower or jspm. Example:

How to manually build this project

Clone this repository and run the following commands to build the project:

This command requires you to install yarn if you haven't already. The files will be built and copied into build folder.

Onsen UI has unit tests for the Web Components as well as end-to-end testing of the AngularJS directives using Protractor.

Use the following commands to run the unit tests:

or these commands for the protractor tests:

It will take some time the because it will download a stand-alone Selenium Server and a Chrome webdriver the first time it's executed.

To run a single test or a group of tests use the --specs parameter and provide a comma-separated list of spec files:

In order to run both the unit tests and the end-to-end tests use the following command:

Please see our document on contributing. See the full list of contributors here.